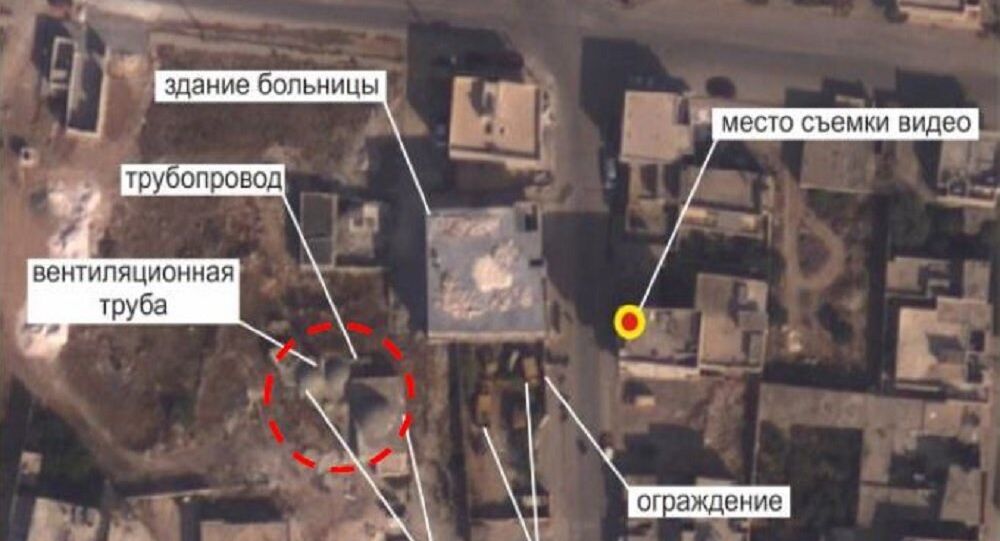 The Russian Defense Ministry has denied an existence of five out of six Syrian hospitals allegedly hit by Russian airstrikes, said that the claims of Western media unfounded.

Russia's Defense Ministry
Russian Bombers Destroy ISIL Underground Shelters, Anti-Aircraft Artillery Positions in Syria
The spokesman added, that "all these reports were made without any proof."

"We investigated this information. It turned out, in fact, that there is a hospital only in the settlement of Sarmin. There are no hospitals in al-Ees, al-Hader, Khan Tuman, Latamna and al-Zirba, and, consequently, there are no healthcare workers," he added.

© Photo : Russian Defense Ministry
The hospital in the town of Sarmin

Russian Defense Ministry on Monday provided aerial photos of the hospital in the Syrian Sarmin, which was allegedly destroyed by the Russian airstrikes, as some Western media claim. But the aerial photo shows, that the building is not destroyed.

© Photo : Russian Defense Ministry
The hospital in the town of Sarmin

Iraq Has Not Requested Russia’s Help in Airstrikes Against ISIL