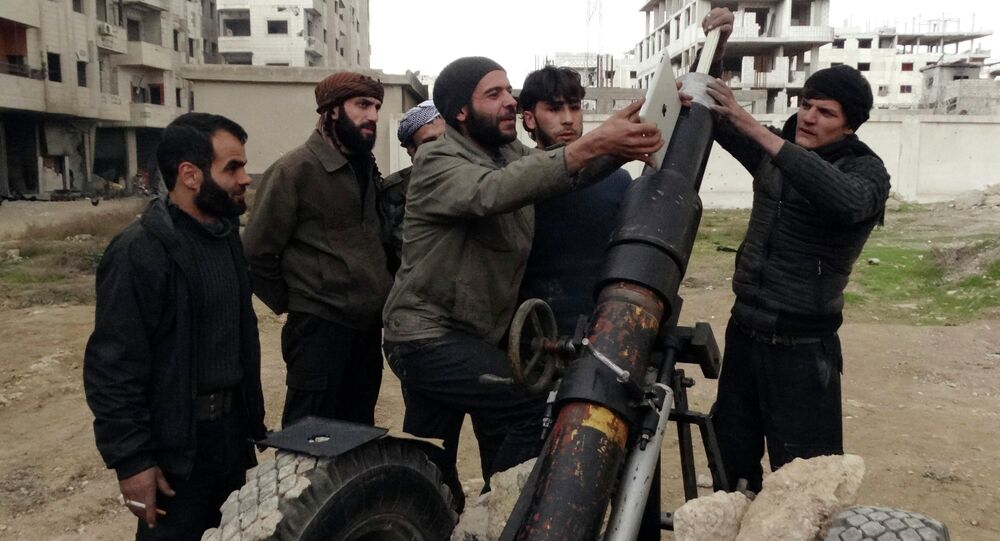 High-ranking officials in the US and Europe often accuse Russia of targeting moderate opposition in its counterterrorism operation in Syria but no one has clearly explained who the Free Syrian Army is, where it is located or what it wants.

© Photo : Russian Defense Ministry
Russian Operation in Syria 'Changes the Rules of the Game'
The FSA is as elusive as a proverbial black cat in a dark room… not only for outsiders and experts but for its own members as well. And here is why.

© Sputnik / Alexander Vilf
Syria Fires TOS-1A Solntsepyok Flame-Thrower Against ISIL MIlitants (VIDEO)
On Sunday, Russian Foreign Minister Sergei Lavrov reaffirmed that Moscow was ready to provide aerial support to any patriotic opposition groups, including the Free Syrian Army. The only obstacle in the way is the precise location of FSA-affiliated rebels. Moscow does not have this information, although it has repeatedly asked anyone familiar with the FSA (including the United States and Great Britain) to provide it.