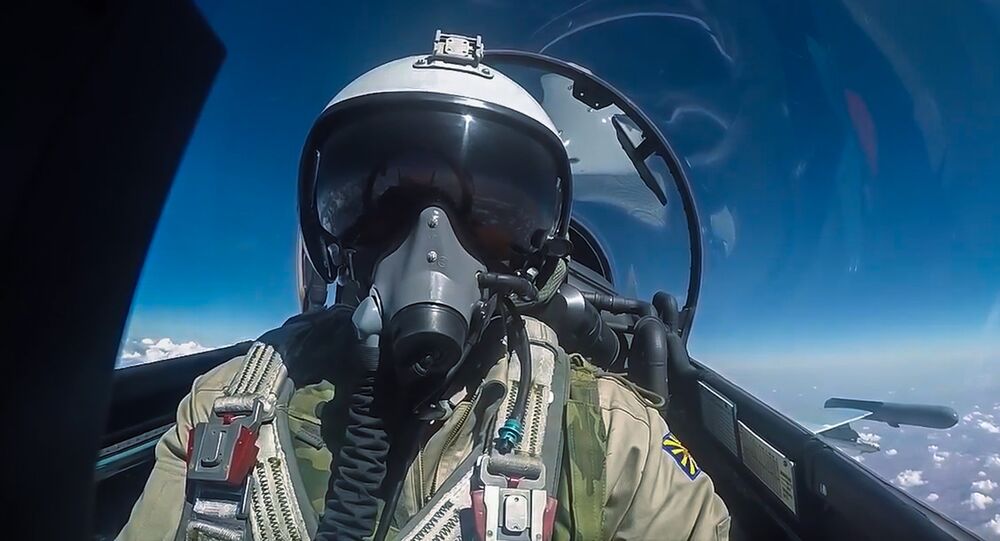 As Russian airstrikes push ISIL terrorists from Syria into Iraq, Moscow and Baghdad agreed to hit the militants in Iraq, said Hakem al-Zameli, the head of the Iraqi Parliament’s National Security and Defense Commission, according to Fars News Agency.

ISIL militants aren't going to find a safe haven from Russian airstrikes in Iraq after the country's parliament gave Russia the green light to conduct airstrikes against ISIL targets in Iraq.

"Iraq agreed with Russia, which leads the joint data center, to hit the ISIL militants heading from Syria into Iraq," al-Zameli said, highlighting the fact that the move would also cut off ISIL supply routes from Iraq into Syria, as cited by Fars.

The approval comes amid security coordination between the governments of Russia, Iran, Iraq and Syria — all of which seek to destroy ISIL. The four nations launched the Baghdad Information Center to coordinate their military actions against the terrorists both in Syria and Iraq.

The Russian military operation has been widely praised by Iraqi Shiites. For instance, the members of the Shi'ite Badr Organization have claimed they would "strongly welcome" both air attacks conducted by Russians in Iraq and an increasing role of Russia in the entire Middle East region, as the US' approach to fight with ISIL militants is "not serious."