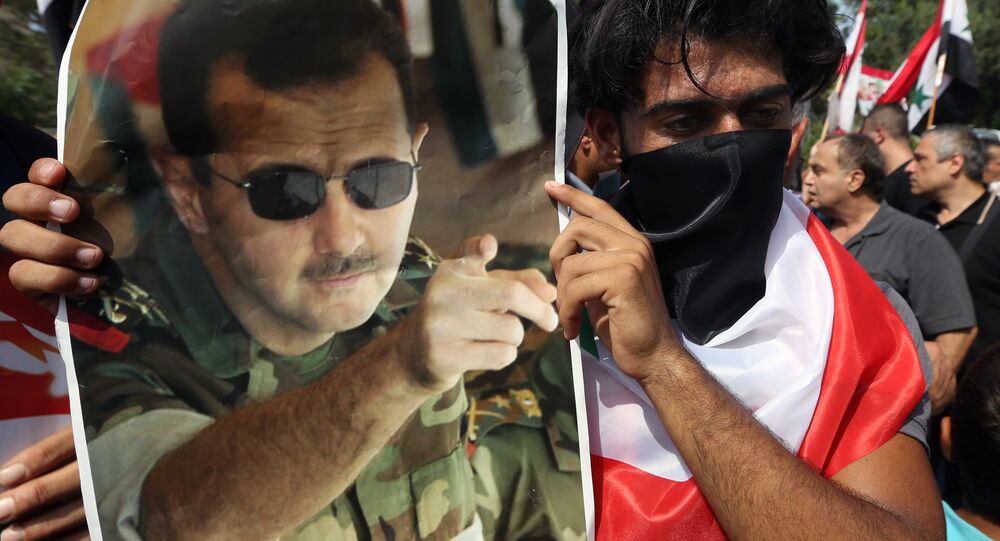 Member of the Russian Federation Council's International Affairs Committee Igor Morozov said that a military victory over terrorists is only one element of the reconciliation that need to come about in Syria, something that can only be achieved through negotiations involving all Syrian political forces and international mediators.

© Sputnik / Natalia Seliverstova
Kremlin Confirms There Will Be No Russian Ground Operations in Syria
MOSCOW (Sputnik) — The visit of Syrian President Bashar Assad to Moscow marks the beginning of a new phase in the political reconciliation of the Syrian crisis, experts told Sputnik on Wednesday.

Assad made an unannounced visit to Moscow on Tuesday, during which he had talks with Russian President Vladimir Putin. The leaders discussed the continuation of the operation by Russia's Aerospace Forces and Syria's Army against Islamic State (ISIL) in Syria.

The visit of Assad was also necessary to discuss the details of the political process in Syria after the completion of Russia's military operation, member of the Russian Federation Council's International Affairs Committee Igor Morozov told Sputnik.

According to Morozov, a military victory over terrorists is only one element of the reconciliation that need to come about in Syria, something that can only be achieved through negotiations involving all Syrian political forces and international mediators.

© Sputnik / Alexei Druzhinin
Assad’s Visit to Moscow Represents 'Zenith' in Strategic Relationship – Ambassador
Moscow is currently maintaining contact with all the parties to the Syrian peace process, the politician added.

Moscow has been promoting a political settlement in Syria, having hosted two rounds of intra-Syrian talks between representatives of the Syrian government and the country's opposition in 2015. In July, Moscow expressed its willingness to host a third round of peace talks.

Seyed Hadi Afghahi, an Iranian diplomat, political analyst and expert on Middle Eastern politics, agrees that the talks between Putin and Assad could not have been focused exclusively on the immediate questions concerning military coordination.

"There was another, not a military dimension due to necessity to discuss the completion of all the necessary strategic military action and transition to the main phase of the crisis settlement, namely the establishment of a platform for political dialogue," Seyed Hadi Afghahi told Sputnik.

He added that a dialogue with the opposition and preliminary work on drafting a new Syrian Constitution could be a logical next step in the peace process.

"As Russia's military intervention in the Syrian crisis has become a historic milestone in the maelstrom of regional events, the arrival of Bashar Assad to Moscow and his meeting with Vladimir Putin is a milestone in the future political destiny of Syria," the Iranian diplomat stressed.