Kremlin Confirms There Will Be No Russian Ground Operations in Syria 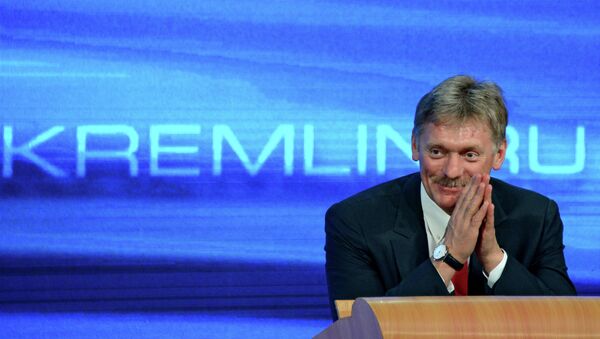 MOSCOW (Sputnik) — Moscow has repeatedly ruled out the possibility of a Russian ground operation in Syria, and nothing has changed after Tuesday's meeting between Russian President Vladimir Putin and his Syrian counterpart Bashar Assad, the Kremlin said Wednesday.

"The president has repeatedly voiced his stance on a ground operation, there are no changes here," Kremlin spokesman Dmitry Peskov told reporters.

Also Peskov stated that a political settlement in Syria cannot take place until the terrorist threat in the country is defeated.

"Of course, there is no need to speak of political settlement while the dominant terrorist threat remains in the country, fraught with the collapse of the Syrian Arab Republic, and the loss of its territorial and political integrity," Peskov said.

"So, the main priority is to fight terrorist and extremist organizations, and then comes a stage of some kind of political settlement," he added.

Assad’s Visit to Moscow Represents 'Zenith' in Strategic Relationship
Since the beginning of the war, the United States and some of its allies have been supporting the so-called moderate Syrian opposition, while urging Assad to resign. Russia recognizes Syrian President Bashar Assad as the legitimate authority in the country, stressing that Syrian people are free to chose their leadership without outside intervention.

On September 30, Russia began precision airstrikes on IS positions in Syria at the request of President Assad.

Since the beginning of the aerial campaign, Russian Aerospace Forces have reportedly carried out some 750 strikes, killing several hundred militants and destroying dozens of command centers, and depots used by the terrorists.

According to the Russian General Staff, the militants have begun to retreat due to the Russian aviation airstrikes, having lost much of their weaponry and equipment along the contact line with Syrian troops. Russian intelligence drones have increased sorties to track the events on the ground.