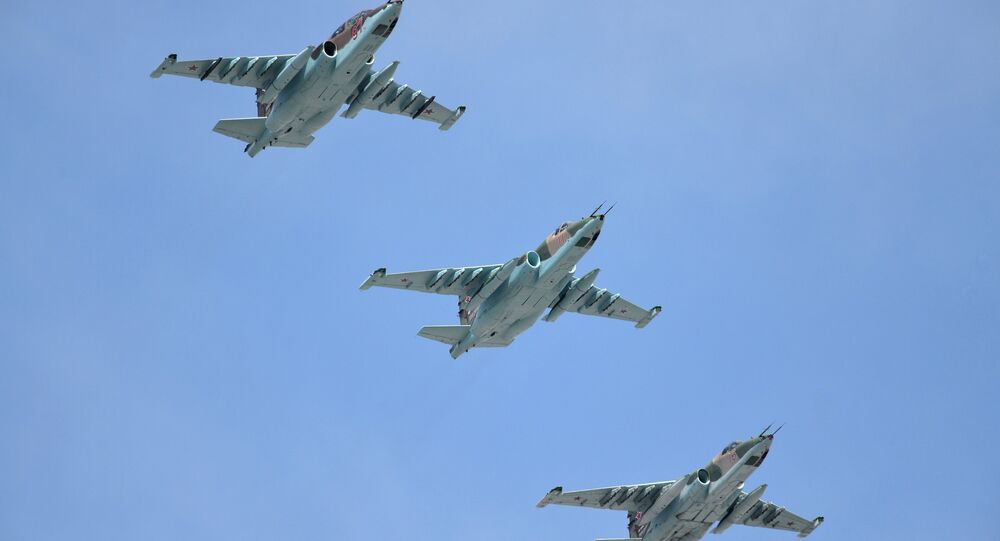 The resolute actions of Russia and Iran against the Islamic State terrorists in Syria have boosted the morale of Iraqi troops, a senior Iraqi commander said.

"The quadrilateral coalition formed by Iraq, Iran, Russia and Syria has resulted in helping the Iraqi forces to keep their spirits high because the alliance members are serious in their fight against the terrorists," SNA quoted Iraqi Volunteer Forces Commander Hassan al-Sari as saying.

The military figure emphasized that the Russia-led team “is fighting against the ISIL on behalf of the whole world" while the US had played no role in the recent victories against the terrorists.

© Sputnik / Igor Russak
Russia Shows 'Impressive New Military Capabilities' in Its Syrian Campaign
A number of Iranian commanders are expecting further success and “proper advances” in the battle against the enemy very soon.

Since September 30, Russia has been delivering airstrikes on Islamic State positions in Syria upon the request of the country’s President, Bashar al-Assad, in keeping with UN principles. These actions helped the Syrian Army to counterattack the terrorists and liberate some territories.