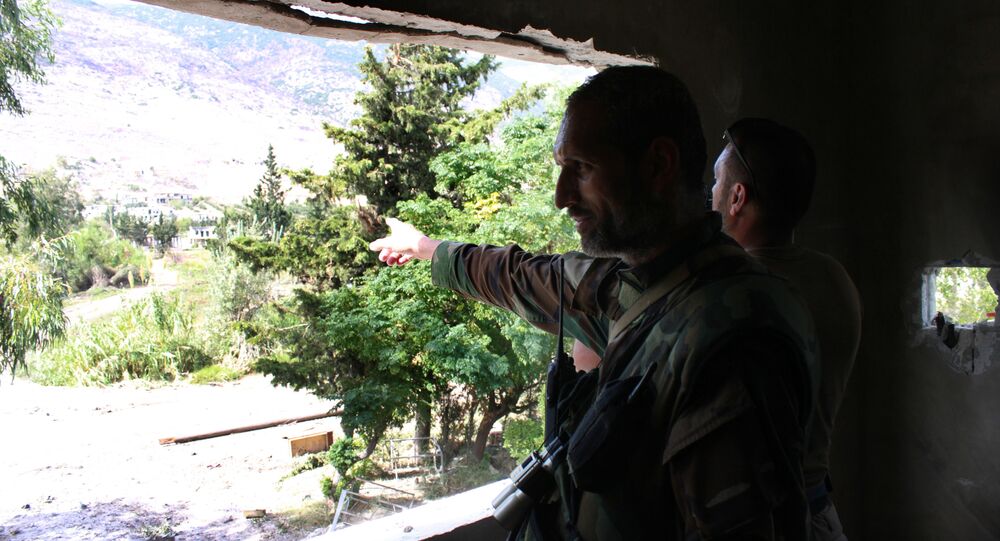 The Syrian army has reportedly launched a large-scale offensive near the city of Aleppo.

© Sputnik / Dmitriy Vinogradov
Russia and US to Sign Agreement on Security of Flights in Syria Soon - General Staff
Friday saw a major offensive by the Syrian army south of Aleppo, a large-scale military operation.

A commercial and industrial hub near the border with Turkey, Aleppo was Syria's largest city before the beginning of a four-year armed conflict in the country.

The city is still home to at least two million people, and control of Aleppo is now reportedly divided between government and the militant forces.

"This is the promised battle", a source was quoted by Reuters as saying earlier on Friday. The source added that the land forces are mainly composed of Syrian troops, supported by the Russian Air Force.

The offensive comes as Russian President Vladimir Putin said that his country has made significant progress in its fight against the Islamic State group and is currently discussing anti-terrorist cooperation with several Arab nations and Israel.

"We were able to establish business contacts with Middle Eastern governments and are in discussion with Saudi Arabia, the United Arab Emirates, Egypt, Jordan, Israel, and other countries attempting to establish mutual cooperation with the United States and Turkey," Putin said during a Commonwealth of Independent States meeting.

According to the Russian Defense Ministry, airstrikes have inflicted considerable damage to ISIL command and logistics networks, as well as to infrastructure used to equip suicide bombers.