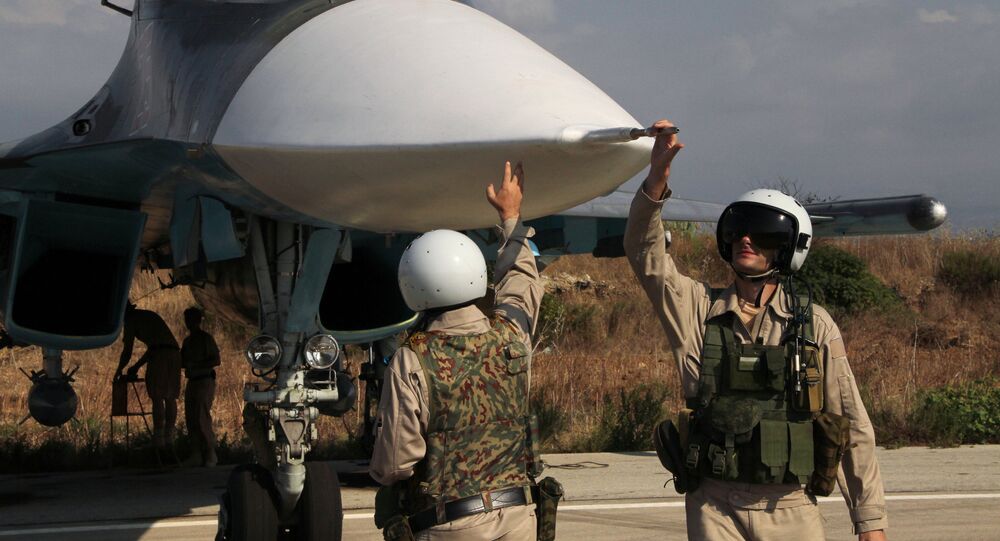 France is bending over backwards trying to please the United States by blindly accepting Washington’s propaganda to fool the French public regarding Russian airstrikes in Syria, French politician Jacques Myard said, according to Le Figaro.

Myard, who represents the Union for a Popular Movement party at the French National Assembly, accused France of "carrying the bags of American propaganda" when it comes to Syria and the Russian-led airstrikes against ISIL.

"Today, there is an incredible media war going on to demonize Russian airstrikes in Syria, it's shocking," Myard said vehemently.

© AP Photo / Firas Abdullah
Abbas: Russia, France, Germany, US Cooperation Needed to Solve Syria Crisis
The politician added that Russia has always had a straightforward and clear plan when it came to the Syrian issue unlike the United States and France whose logic is hard to comprehend.

Moscow always supported the legitimately-elected government of Bashar al-Assad in a fight against Islamic extremism, meanwhile the Western logic was to train and supply arms to various shades of dodgy Syrian rebels, some of whom ended up joining jihadists, including ISIL and the al-Nusra Front.

As for Paris, "it's simply pathetic to see the alignment of France on this policy of the sorcerer's apprentice," the member of the French National Assembly said, adding that it will lead to a disaster.

Russia launched airstrikes on ISIL targets in Syria following a request from President Bashar Assad. Syria has been in a state of civil war since 2011. The country's government is fighting a number of opposition forces, as well as radical Islamist militant organizations, including the Islamic State.