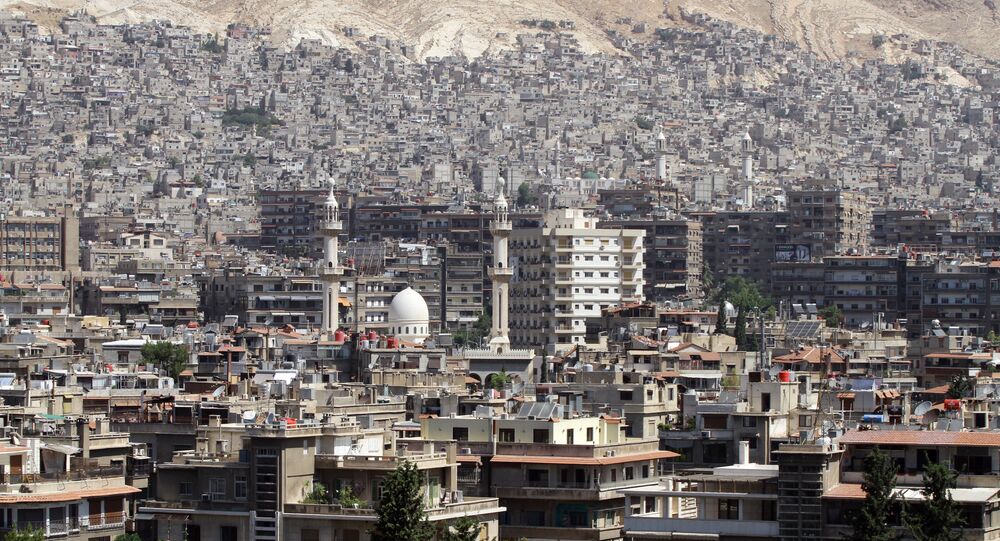 The continuous crisis in Syria long ago transformed from an exclusively national problem to a large-scale war threatening the whole world and some of the parties interested in fueling the conflict have capabilities to do it, Iraqi analyst claimed.

© Flickr / Alan Wilson
Russian Jets Destroy ISIL Command Post, Bunker in Syria
Russia’s entrance in to the operation against ISIL militants on the territory of Syria brings in to balance the possibility of settling of the crisis, Radwan Badini, a president of Institute of Press and Political Prognosis in Erbil, Iraq said.

Russia launched on Wednesday its first separate air strikes against the Islamic State across Syria. Intelligence, including aerial reconnaissance data, collected by both Russia and Syria, was used for defining the targets for shelling.

“Syrian crisis has ceased being exclusively national problem a long time ago – it has become an international problem and some interested parties have bargaining chips for fueling the war. The presence of Russia will bring in balance in this issue,” Badini told RIA Novosti.

© Sputnik / Dmitriy Vinogradov
Exclusive Tour of Syrian Airbase Russia is Using to Bomb ISIL (VIDEO)
“Russia could not preserve aloofness of what’s going on in Syria, as, first of all, it has been partner of Syria for many years, and secondly, Russian Federation has its own interest in the region.”

Badini concluded by stating that if Russia refrained from taking this step, it would be “equal to refusal of participation in the process of peaceful settling of the Syrian crisis.”

The Syrian conflict began in 2011 and resulted in the rapid emergence of ISIL, that so far has claimed the territory of half of the country.