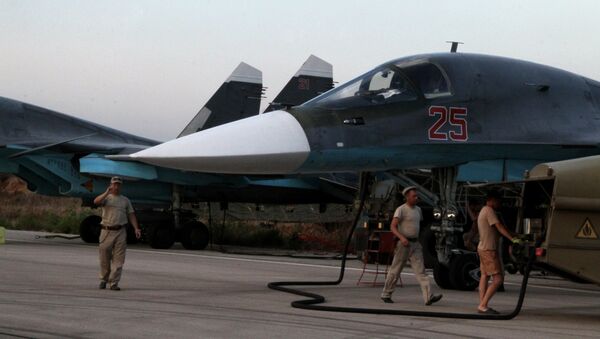 © Sputnik / Dmitriy Vinogradov
/
Go to the photo bank
Subscribe
An RT television channel crew visited an airbase in Syria’s Latakia from which Russian combat jets are taking off to launch airstrikes against ISIL militants.

Russian Su-34s Can Precisely Strike Any ISIL Ground Target in Syria (VIDEO)
The airbase is heavily secured and is constantly on full alert due to the fact that ISIL terrorist positions are located only 40 kilometers from the facility, according to the exclusive report by RT.

The airfield is very busy with combat jets and transport aircraft taking off and landing non-stop.

Russian forces do not rely only on Syrian troops on the locations of ISIL fighters. 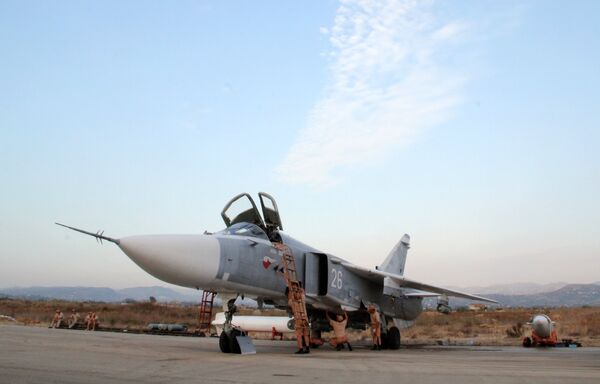 A spokesperson of the Russian Defense Ministry told RT how the Russian strike force is finding and identifying targets to attacks.

"Data from air force attacks was analyzed, and verification from multiple sources clearly shows that the Russian airstrikes were conducted on objects of terrorist infrastructure belonging to ISIL," Colonel Igor Klimov explained.

"Air attacks on civilian infrastructure where civilians could be was not in the planning and were not hit," he added.

That could mean sending surveillance drones to search for ISIL facilities or tapping into terrorist communications, according to RT. 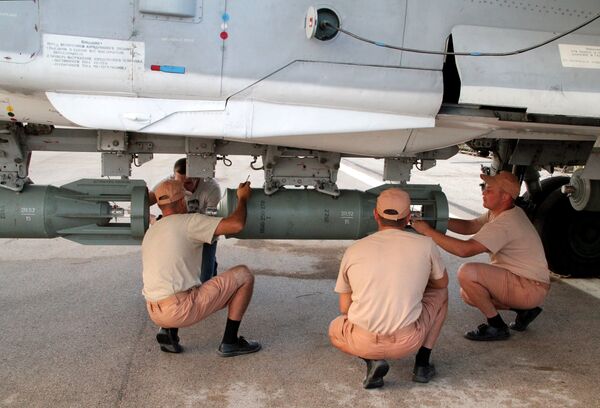 Russian Air Force Destroys ISIL Command Center, Training Camp in Syria
On September 30, the Russia Air Force launched high-precision airstrikes against ISIL in Syria. According to the Defense Ministry, over the last two days Russian jets have destroyed over 10 targets, including a terrorist HQ, explosive-manufacturing plants, communication centers, as well as ammo and fuel depots.

The combat unit of the Russian Air and Space Forces deployed to Syria includes over 50 aircraft and helicopters. The ministry reported that Su-34, Su-24M and Su-25 were involved in the airstrikes. 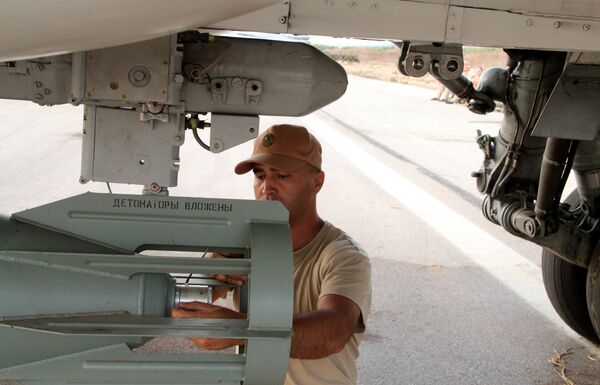 Sputnik Exclusive: Russian Sukhoi jets at airfield near Latakia
© Sputnik / Dmitriy Vinogradov
/
Go to the photo bank
000000
Popular comments
Russia must make it very clear to the great satan, ANY missile fired by the cannibals in Syria means the Taliban will get unlimited supplies of the latest picture guided VERBA MANPADS to chase the devils out of Afghanistan.