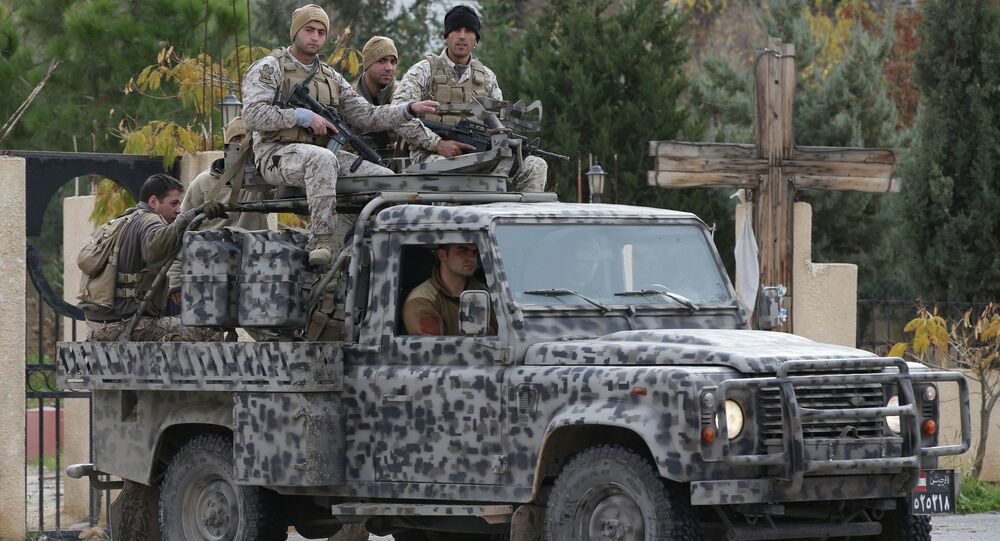 Russia wants to promote modernization of the Lebanese armed forces and law enforcement agencies, Russian Foreign Minister Sergei Lavrov said on Wednesday at a meeting of the Lebanon Support Group.

"We give the people of Lebanon unconditional support in resisting the terrorist and extremist groups such as the ISIL and Jabhat al-Nusra,” Lavrov said.

“We confirm our willingness to continue strengthening the combat potential of the Lebanese army and law-enforcement services against terrorism,” he added.

© AP Photo / Hussein Malla
Damascus Guarantees Safe Return to Syrian Refugees
Lavrov confirmed that both countries have signed additional agreements for the supply of “special equipment” to Lebanon. The Foreign Minister also added that Russia shares Lebanon’s concern about the growing influx of 1.5 million Syrian refugees to the country.