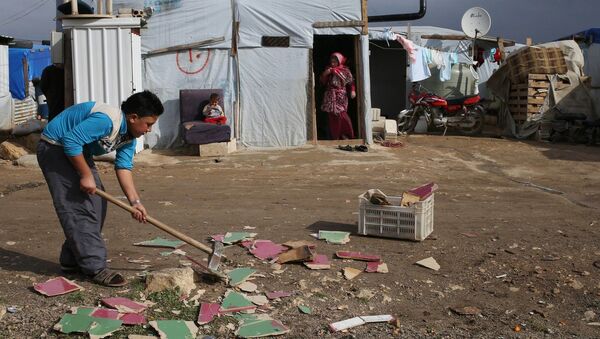 © AP Photo / Hussein Malla
Subscribe
International
India
Africa
The Syrian government will do everything possible to ensure the safe return of refugees who fled the country during the four years of civil war, Syrian Foreign Minister Walid Muallem said Friday.

Damascus Pledges to Liberate Syria From Terrorists
UNITED NATIONS (Sputnik) — "I stress that the Syrian state guarantees the safe return and decent life for the citizens who are willing to return," Muallem said at the UN General Assembly.

The minister added that "Syria continues to exert all efforts to deliver aid from international organizations to all Syrian citizens without discrimination wherever they are."

Syria has been in a state of civil war since March 2011. Government forces have been fighting so-called moderate opposition factions and extremist groups, including the Islamic State and the Nusra Front.

The civil war in Syria has killed over 250,000 people and displaced over 11 million. Four million Syrians are estimated to have fled into neighboring countries and Europe.