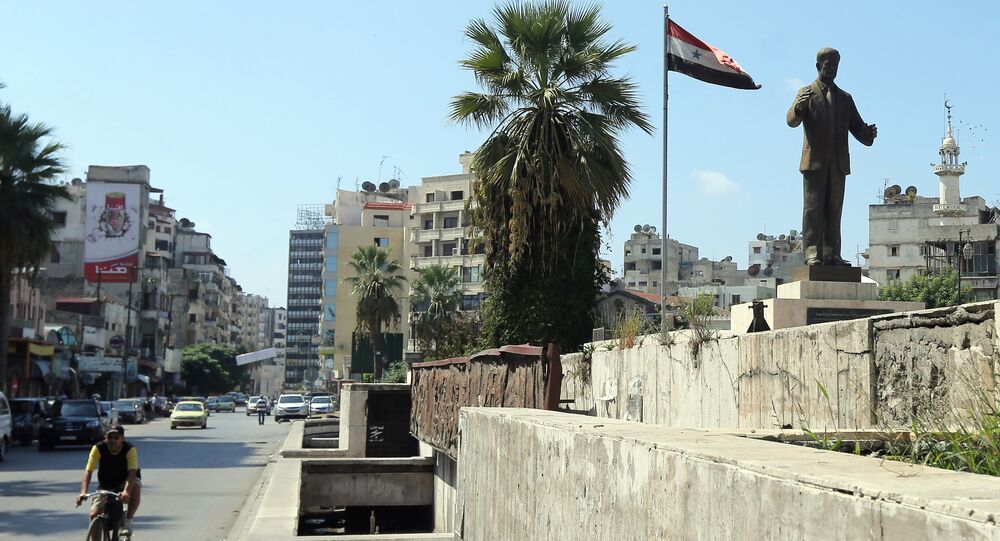 The Soros-sponsored "White Helmets," one of the largest NGOs operating on the territory of Syria, is busy with cooking up lies instead of protecting the human rights of the Syrian people.

The "White Helmets," a controversial quasi-humanitarian organization, is playing dirty in Syria: the NGO has been spotted fabricating "evidence" of Russia's "disastrous" involvement in Syria.

The organization has published a photo on its Twitter account, depicting a bleeding girl claiming that the poor child was injured together with a number of civilians during the Russian airstrike launched on September 30.

@SyriaCivilDef Since we know the picture is an old one, how do you expect us to believe the rest of the story? #JustBeHonest

The White Helmets in their haste to point the finger of blame at Moscow, managed to tweet about Russia's air strikes several hours before the Russian Parliament actually authorized the use of the Air Force in Syria.

How dare Putin fly into #Syria with the Syrian government's permission* and target ISIS and al-Qaeda fighters! * We do it without asking.

© AFP 2021 / KARAM AL-MASRI
Wolf In Sheep's Clothing? Soros-Sponsored NGO in Syria Aims at Ousting Assad, Not Saving Civilians
In her recent interview with Sputnik, investigative journalist and peace activist Vanessa Beeley pointed out that the White Helmets (formerly called the Syria Civil Defense) was not created by Syrians and certainly does not operate in Syria's interests. Funded by the UK, US and the Syrian Opposition Party, the controversial organization works mainly with the rebel group Jabat al-Nusra, the infamous al-Qaeda affiliate.

Russia's Ministry of Foreign Affairs pointed out that the numerous false reports about civilian deaths due to Russia's air strikes in Syria on Wednesday are a part of an information war now being waged against Moscow, according to the Russian Kommersant daily.