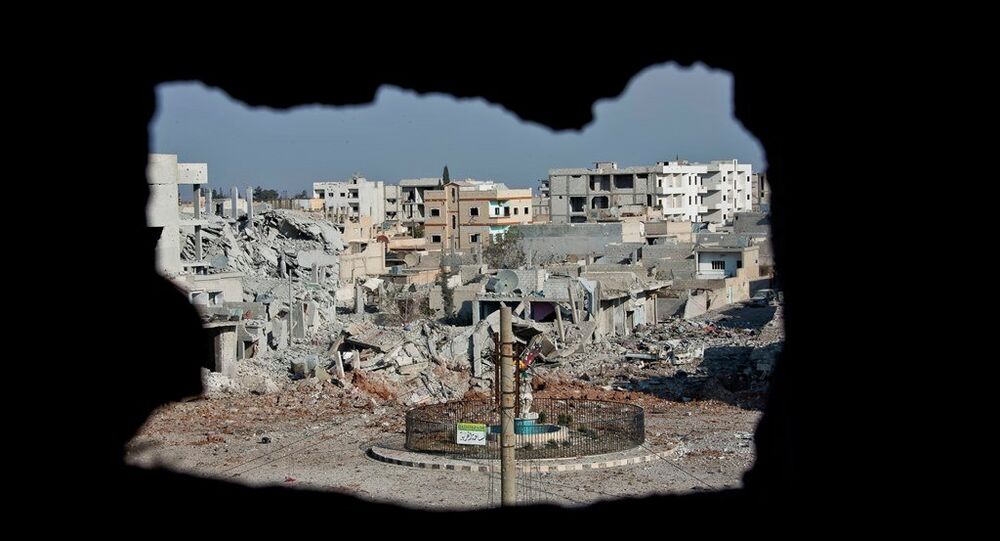 All countries, including NATO member states, should work on a political solution to the conflict in Syria, US Deputy Defense Secretary Robert Work stated on Wednesday.

WASHINGTON (Sputnik) — Work explained that NATO is interested in solving the Syrian conflict because of the large number of the displaced people fleeing the areas and going through Libya to Europe.

"As far as Syria, it's not for the United States to solve this problem; this is a problem for all nations," Work said following a meeting with Nordic defense ministers in Norway. "It's in all of our interest to try to bring a diplomatic end to that senseless war."

Syria has been engulfed in a civil war for more than four years. Apart from battling against so-called moderate opposition, Damascus has had to counter the advance of various militant groups, including the notorious ISIL and the Nusra Front, an al-Qaeda affiliate in Syria.

© AFP 2021 / KARAM AL-MASRI
Wolf In Sheep's Clothing? Soros-Sponsored NGO in Syria Aims at Ousting Assad, Not Saving Civilians
Since the beginning of the Syria Civil War, the United States and some of its allies have supported the moderate Syrian opposition while calling for Assad's resignation, while Russia and Iran recognized Assad as the only legitimate Syrian authority.

According to UN estimates, more than four million Syrians have fled the country. Some half a million people have reached EU borders in the hope resettling in the bloc’s member states, creating a rapidly escalating humanitarian crisis, according to European Commission President Jean-Claude Juncker.