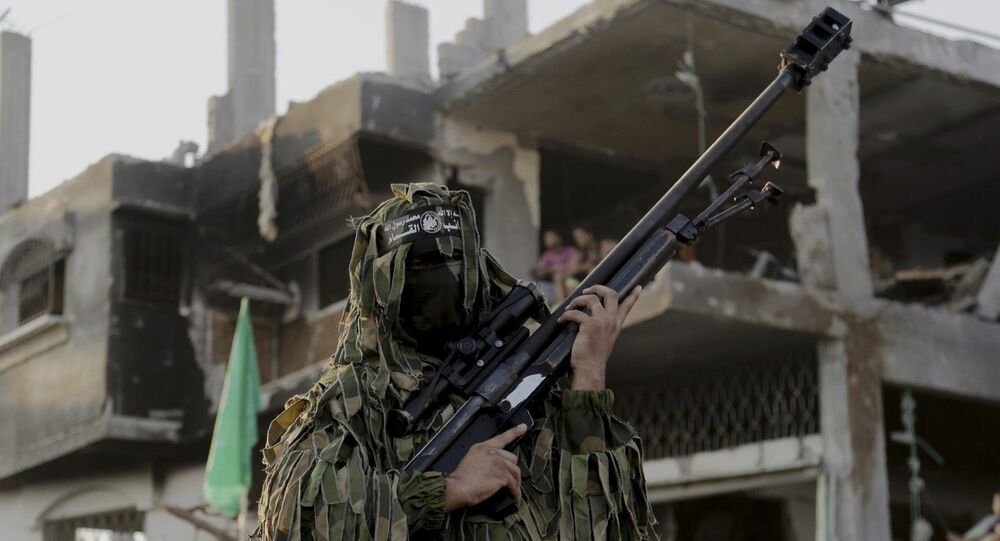 ISIL Claims Responsibility for Abduction of Hamas Militants in Sinai

CAIRO (Sputnik) — The abductees were with about 50 Palestinians on a bus headed to Gaza from Cairo when the bus was stopped and they were kidnapped by the then-unidentified gunmen on Wednesday.

Hamas, which de facto controls the Gaza Strip, condemned the kidnapping and called on the Egyptian government to assist in liberating the hostages.

The extremist group, known as Ansar Beit al-Maqdis, allied itself to ISIL in 2014 and has been carrying out a violent Islamist insurgency in northern areas of Sinai, regularly attacking Egyptian forces in the region.

Earlier in the day, ISIL affiliates claimed responsibility for Thursday morning's car bomb blast in the Egyptian capital. An explosion near the state security and courthouse buildings in the Cairo district of Shubra injured nearly 30 people, including eight police officers.

Iran to Cooperate With Middle East Countries to Counter Terrorism

Hamas Delegation to Discuss Possible Truce With Israel in Egypt