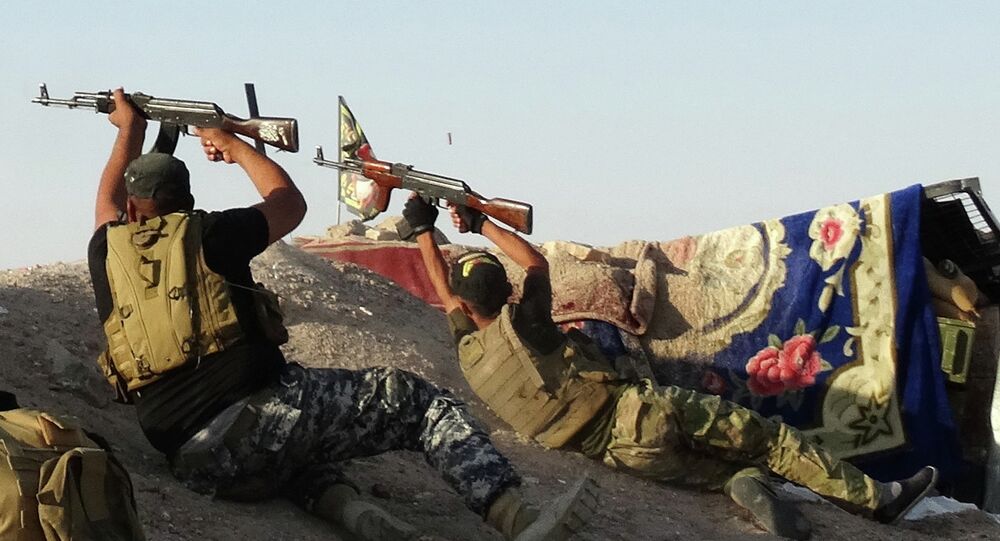 © AP Photo / Mikhail Metzel
Iraq, Russia Sign Military-Technical Cooperation Agreement
“The war we are waging is not a traditional one. We are building our armed forces in peacetime… Our enemy is changing its tactic every month, every day and we need adequate weapons to respond to this,” RT Arabic quoted the Iraqi minister as saying during an ongoing visit to Moscow.

“In the battles we are fighting now Russian weapons have proved themselves as the very best. I know that the Americans can’t supply us with such weapons,” he added.

Khaled al-Obeidi said that the Americans are not very good when there is “a war of attrition” going on where Iraq needs large amounts of military supplies.

He also mentioned Russia’s promise to supply the Iraqis with whatever weapons and other military hardware it could possibly find in its arsenals.

The minister praised the work done by the joint and hailed Moscow’s readiness to provide all-round assistance to his country.