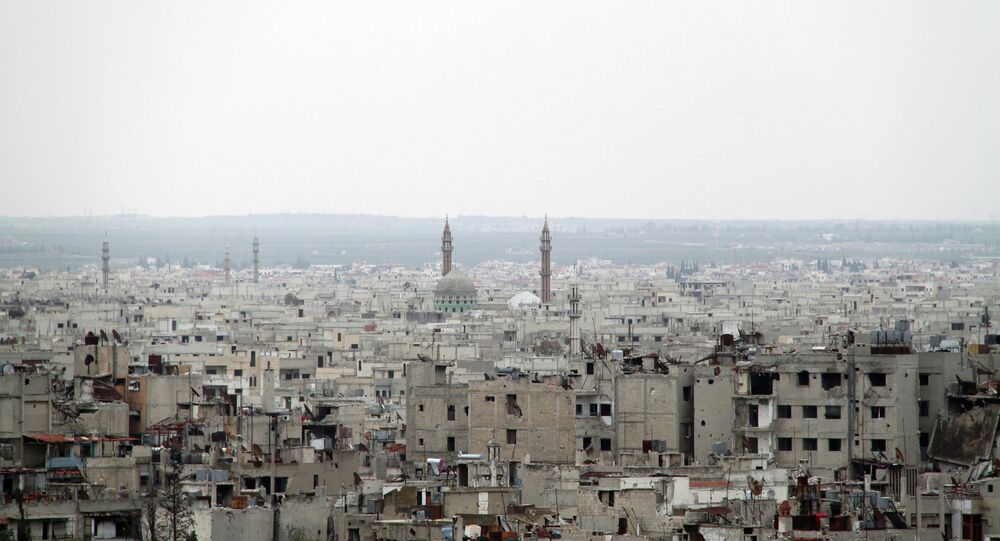 A US Department of Defense report says that a six-year drought in Syria caused vast suffering and social dislocation before the 2011 Arab spring protests and the start of the civil war there.

WASHINGTON (Sputnik) — A six-year drought in Syria caused vast suffering and social dislocation before the 2011 Arab spring protests and the start of the civil war there, a US Department of Defense report on global climate change said.

“[F]rom 2006-2011, a severe multi-year drought affected Syria and contributed to massive agriculture failures and population displacements,” the report, which was released on Wednesday, said.

Large movements of rural dwellers to city centers coincided with the presence of large numbers of Iraqi refugees fleeing the conflict and miserable economic conditions in that country, and gathered in Syrian cities, the report acknowledged.

The study named “Report on National Security Implications of Climate-Related Risks and a Changing Climate” was ordered by the US Senate Committee on Appropriations to accompany the Department of Defense Appropriations Act for the fiscal year ending in September 30, 2015.

The report cited the 2006-2011 drought crisis in Syria as a classic case where environmental disasters caused by global warming triggered the collapse of civil society and ruinous internal conflicts.

“Persistently recurring conditions such as flooding, drought and higher temperatures increase the strain on fragile states and vulnerable populations by dampening economic activity,” the report warned.

Other disastrous effects include loss of agriculture and electricity production, changes in known infectious disease patterns and the rise of new ones, and increases in respiratory and cardiovascular diseases, it added.

Such prolonged environmental crises, the report observed, could increasingly lead the US armed forces to be involved in humanitarian disaster relief efforts abroad.

“These kinds of impacts in regions around the world could necessitate greater [Department of Defense] involvement in the provision of humanitarian assistance and other aid,” the report stated.

The report’s analysis of the environmental causes of the crisis in Syria were in contradiction of the political narrative of the Obama administration and of almost all political leaders in both major US political parties who have consistently blamed the civil war entirely on the policies of President Bashar Assad.

Syrian Crisis Has No Political Solution Until Terrorism Defeated – Assad