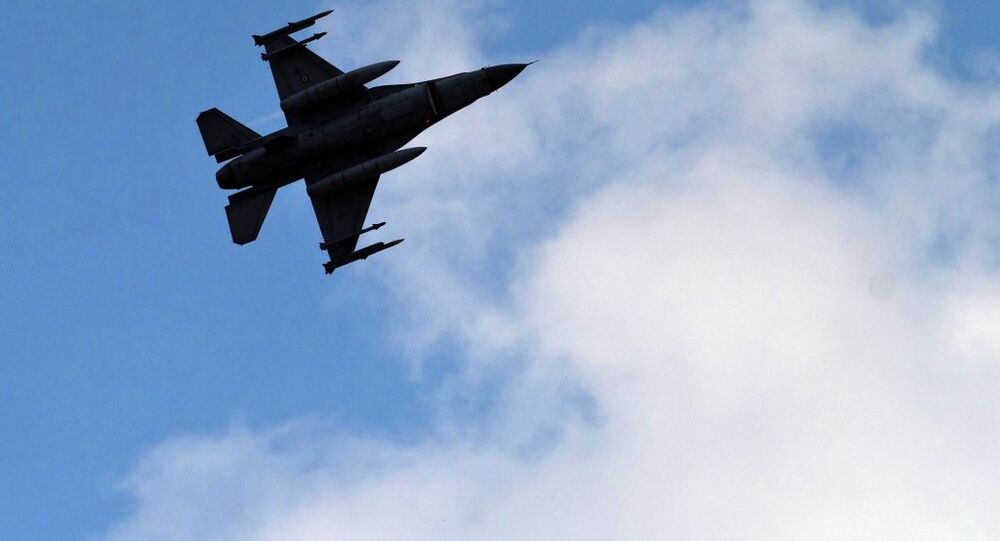 Turkey has scrambled fighter jets to its border with Syria after earlier clashes with five ISIL militants claimed the life of a Turkish officer and left others wounded.

Turkish officials confirmed that gunfire from ISIL-held territory in Syria killed a non-commissioned officer and wounded two sergeants near the town of Kilis, which lies next to the Syrian border.

Other reports have suggested that as many as five officers were wounded, while the Anadolu news agency reported that one ISIL militant had been killed in return fire.

"Turkish soldiers returned fire after shots came from the Syrian side of the border, from the region where ISIL militants are. The clash is going on at the moment," a Turkish official told Reuters earlier.

Sputnik's Turkish correspondent Hikmet Durgun reported that the clash was caused by an attempt to smuggle a group of about 15 ISIL supporters from Turkey into Syria.

Turkish border guards then opened fire on the group, which triggered a gunfight, with ISIL militants on the Syrian side of the border shelling the Turkish border post.

Some witness reports have also suggested that not two, but up to 18 Turkish soldiers were wounded in the exchange, with all taken to a nearby hospital.

#Turkey-ISIS clashes happen in one of the last border areas under ISIS control —vital for self styled Islamic State https://t.co/QYlGo3ehUk

Officials did not give a reason as to why the jets had been scrambled, but it is thought to be related to the earlier attack, which took place in a region close to where Turkish armed reinforcements have been sent in recent weeks.

The attacks have heightened tensions along Turkey's border with Syria, particularly in the southeastern Sanliurfa province, where two policeman were murdered on Wednesday, and where Monday's suicide attack that claimed the lives of 32 people took place.

Following the confirmation from Turkish officials, the attack is thought to be the first direct gunfight between ISIL and Turkish forces and is sure to raise questions over Turkey's role in combating the jihadists.

Many of Ankara's western allies have called on the country to take a stronger stand against the ISIL militants, and have raised concerns over the control of the Turkish-Syrian border, amid claims it was being used to smuggle jihadists and military items into Syria.