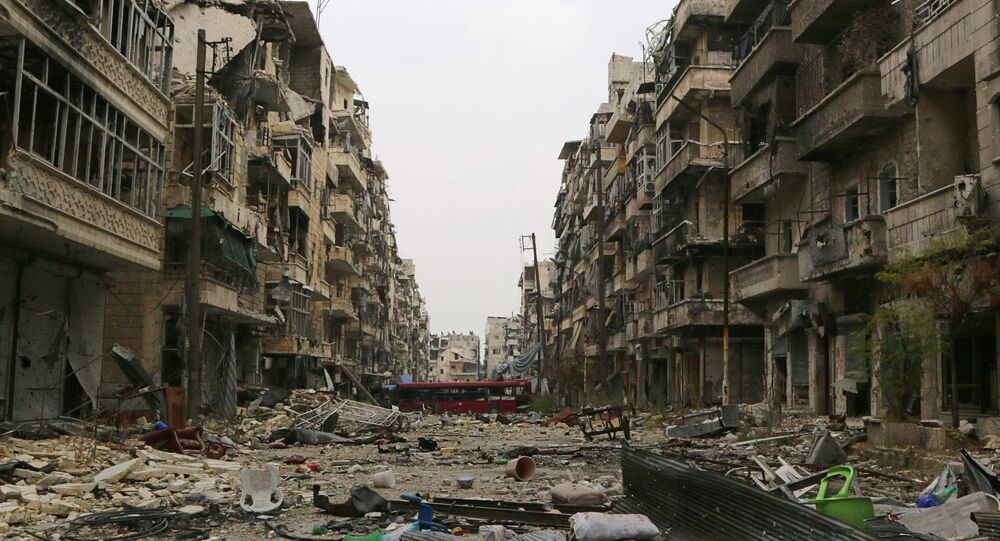 MOSCOW (Sputnik) — At a meeting with his Russian counterpart Sergei Lavrov in Moscow, Walid Muallem said:

"Americans demand a political solution but at the same time allocate billions of dollars to support terrorists."

© REUTERS / Ammar Abdullah
US to Provide Additional $360 Million in Syria Aid - State Department
Recently, about 2,500 militants equipped with the new weapons were sent into southern Syria, Muallem stated, adding that the United States does not hide their support for "those terrorists."

Syria has been consumed by a civil war since 2011. The country’s government is fighting a number of opposition forces as well as radical Islamist militant organizations, including the Nusra Front and the Islamic State jihadist group.

Washington has long been vocally supportive of what it calls "moderate" rebel fighters in Syria. The US military has been training its moderate Syrian opposition forces to fight against ISIL.

House Defeats Measure to Withdraw US Troops from Iraq, Syria

Former US President Bush Calls for 'Boots on the Ground' in Syria, Iraq