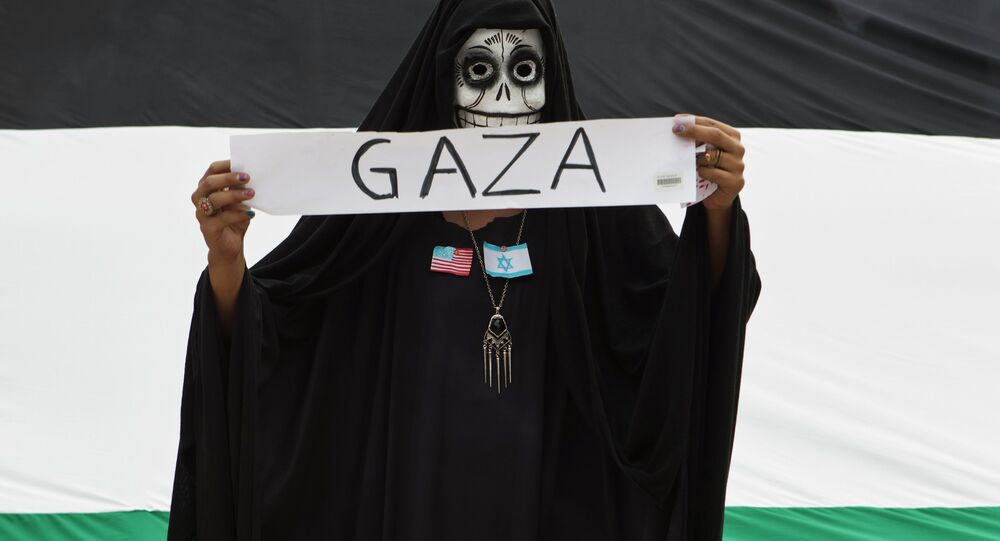 Al-Maliki said that the two cases, concerning Tel Aviv's illegal settlement activities in the occupied West Bank and its latest devastating war on the besieged Gaza Strip, will be submitted to the Hague-based court on June 25.

The Palestinian mission in The Hague said all preparations for submitting the two lawsuits have been made by Palestinian and international experts.

On accession to the ICC, Maliki said: "For seven decades, the Palestinian people have endured crimes and injustice without recourse," highlighting the significance of this day.

"As Palestine formally becomes a State Party to the Rome Statute today, the world is also a step closer to ending a long era of impunity and injustice. Indeed, today brings us closer to our shared goals of justice and peace."

ICC prosecutor Fatou Bensouda has launched a preliminary inquiry into alleged crimes committed by all parties in last year's Gaza war. The submissions to the ICC are intended to contribute to the preliminary investigation, which covers the period starting June 14, 2014. Israel has criticised the ICC decision to open an examination, arguing that the Palestinian Authority is not a state and cannot therefore be a member.

A ceasefire in August ended the 50 days of fighting between Gaza militants and Israel, in which health officials said more than 2,100 Palestinians, mostly civilians, were killed. Israel put the number of its dead at 67 soldiers and six civilians.

UN investigators said this week that Israel and Palestinian militant groups committed grave abuses of international humanitarian law during the 2014 Gaza conflict that may amount to war crimes.

Israel disputed the findings, according to Reuters, saying its forces acted "according to the highest international standards."

"The commission's investigations also raise the issue of why the Israeli authorities failed to revise their policies in Gaza and the West Bank during the period under review by the commission. Indeed, the fact that the political and military leadership did not change its course of action… raises questions about potential violations of international humanitarian law by these officials, which may amount to war crimes."

"With regard to Palestinian armed groups, the commission has serious concerns with regard to the inherently indiscriminate nature of most of the projectiles directed towards Israel by these groups and to the targeting of civilians, which violate international humanitarian law and may amount to a war crime.