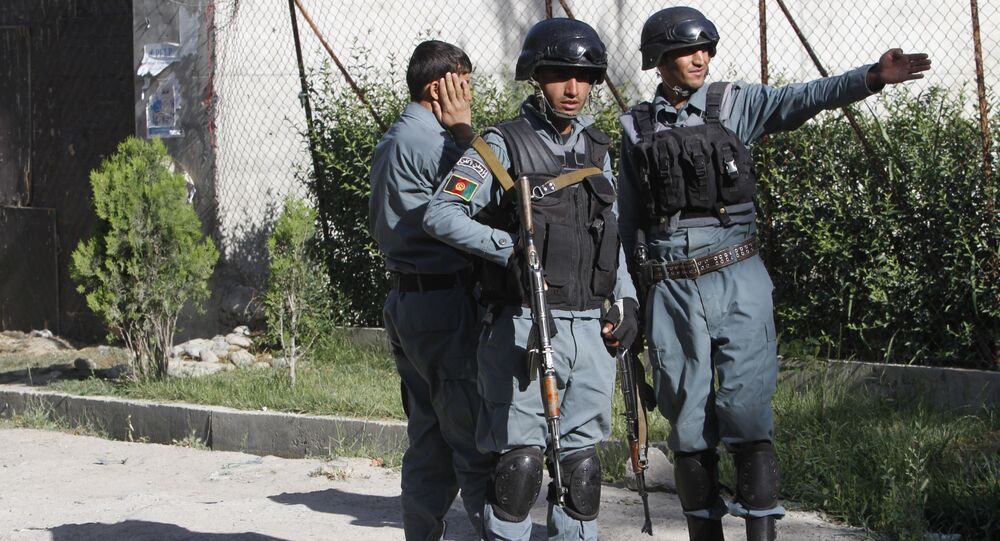 Two Afghan soldiers and 33 Taliban fighters were killed in military operations carried out against insurgents on Saturday and Sunday.

© REUTERS / Stringer
Clashes Between Taliban, ISIL Militants Kill 20 in Afghanistan – Army
The Afghan government announced on Sunday that 33 militants and two soldiers died over 24 hours of military operations against insurgents this weekend; the fighting took place across eight provinces.

The Afghan Ministry of the Interior stated that 33 militants were killed and 42 were wounded in the operations, which took place in the provinces of Sar-e-Pul, Kandahar, Uruzgan, Helmand, Kunduz, Logar, Kapisa and Paktika.

During the course of the operations, the security forces made five arrests and defused five improvised bombs.

According to Ministry of Defense Spokesman General Zahir Azimi, two soldiers died in the operations.

According to a statement from the Afghan Interior Ministry, no civilians or members of the security forces were killed in the battle, which took place in the center of Kabul and averted the latest in a series of Taliban attacks targeting foreigners.

The Taliban stated that the Heetal Plaza guesthouse was singled out because it is popular with "foreign invaders."

The planned attack followed a Taliban attempt to kill civilians at the Park Palace Guest House in Kabul earlier this month, 14 Afghan and foreign nationals were murdered and six more were wounded.