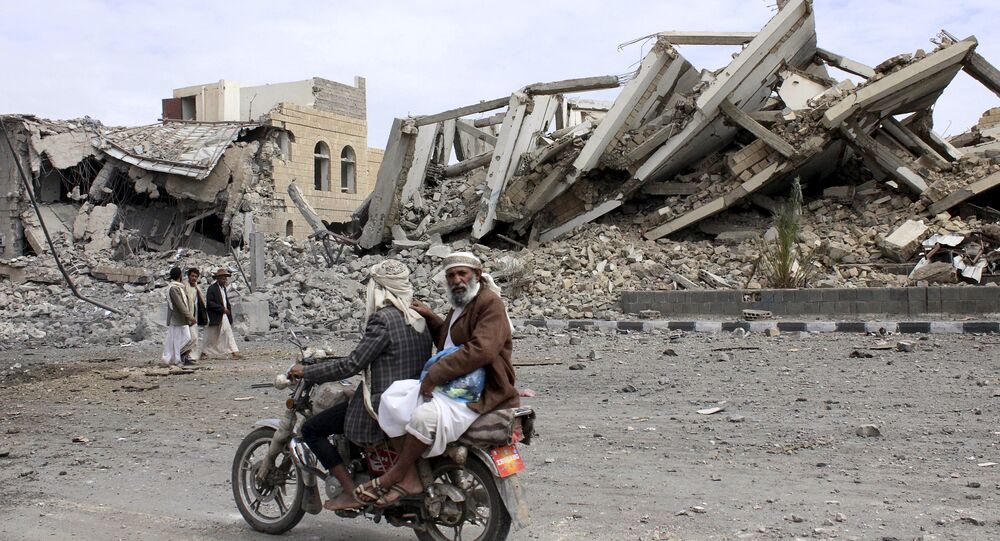 Displaced Yemeni President Abd Rabbuh Mansur Hadi said he is sure that the Houthi rebels will be defeated in the near future.

© REUTERS / Stringer
Yemen Reconciliation Conference to Provide Basis For Any Future Talks
CAIRO (Sputnik) — The Houthi rebels will be defeated in the near future, displaced Yemeni President Abd Rabbuh Mansur Hadi said Sunday at a conference on Yemen reconciliation.

"While we were planning the reconstruction of Yemen, the rebels tried to destroy it… But I'm certain about our coming victory over the dark forces," Hadi said.

He added that the Arab coalition "saved Yemen from armed gangs," and urged the UN and the international community to make every effort to implement the UN Security Council Resolution 2216, banning the supply of arms to Houthis.

© AFP 2021 / FAYEZ NURELDINE
Yemen Reconciliation Conference Kicks Off in Riyadh
Yemen has been in a state of turmoil since late 2014, when the Houthi rebels took control over large swathes of the country, including Yemeni capital Sanaa, prompting President Hadi to flee the country.

The number of people killed in Yemen since the conflict intensified in late March has topped 1,600, according to the UN estimates.