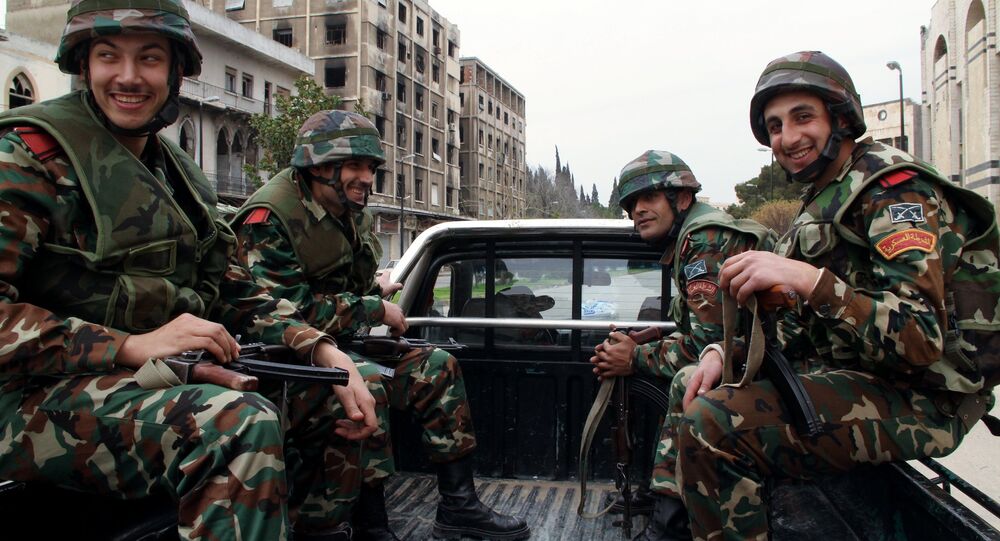 According to the report, Abu Taeem Saudi, a national of Saudi Arabia known, who was among those killed by the Syrian armed forces, was ISIL's "oil minister."

The operation was carried out in the militants-controlled Omar oil field, according to the state media.

© REUTERS / Amer Almohibany
US-Led Coalition Launches 24 Airstrikes Against ISIL in Syria, Iraq - CENTCOM
Also on Saturday, the Pentagon reported that US military special forces killed a ISIL senior leader during a raid in eastern Syria. The US authorities identified the commander as Abu Sayyaf who allegedly helped direct the group's oil, gas and financial operations.

The Islamic State militant group controls large areas of Syria and Iraq, and controls several oil fields in both countries.

A US-led Coalition has been carrying out airstrikes against the Islamic State targets in Iraq since August 2014, and in Syria since September 2014, albeit without the approval of the Syrian government.

US Not Willing to Seriously Resist ISIL – Iranian Foreign Minister