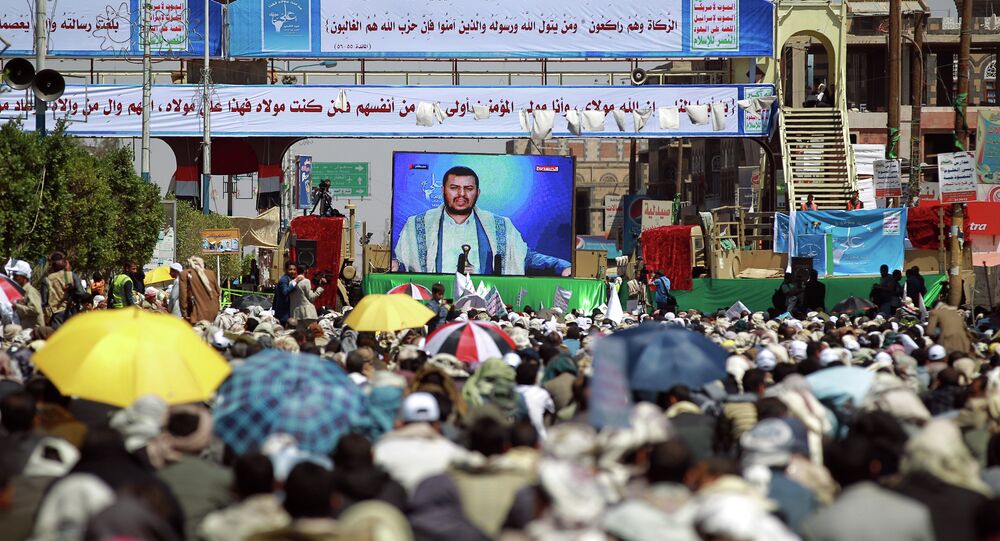 © REUTERS / Khaled Abdullah
US Declines Evacuation Assistance to Citizens Trapped in War-Torn Yemen
MOSCOW (Sputnik) – According to the Twitter account and YouTube channel of Iran’s state-run Al-Alam TV, the intruders accessed its Twitter account to publish false news about the death of Abdul-Malik Houthi, the leader of Yemen's Shiite Houthi rebels, in control of parts of the country. The TV outlet claimed that the hack was prompted by Riyad's fury over Al-Alam's critical coverage of the Saudi-led coalition’s airstrikes on the Houthi positions in Yemen.

Tensions between Saudi Arabia and Iran have been on the rise over the airstrike campaign. On Thursday, Iran’s Supreme Leader Ayatollah Ali Khamenei labeled the Saudi-led airstrikes a "crime and genocide,” citing high civilian casualties.

Currently, violent clashes between Houthi militants and forces loyal to the displaced Yemeni president continue amid heavy air support by the Arab coalition, which also includes Bahrain and Egypt.

According to the World Health Organization, over 540 people have been killed and 1,700 injured in the Yemen conflict since March 19.