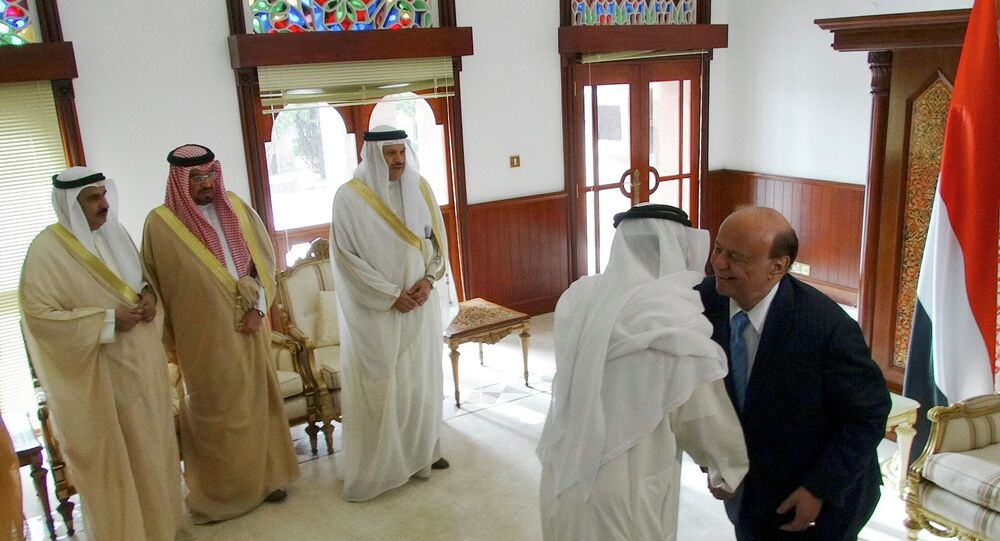 The trend toward dual power in Yemen was reinforced as Saudi Arabia and Qatar moved their embassies to a former capital, and Ansar Allah announced that the ousted president is a wanted man.

"All other embassies of Persian Gulf countries will also begin their work in Southern Yemen after facilities are prepared for them," a source from the Gulf Cooperation Council (GCC), a forum of Persian Gulf monarchies, told the newspaper, adding that the GCC will provide Hadi with all necessary means to overcome the present situation.

Meanwhile, the Ansar Allah movement which seized power in Yemen earlier in February announced that Hadi is a wanted man and that it is coordinating a search for him together with the country's security forces.

© Wikipedia / U.S Defense Department
Yemen President Withdraws Resignation After Leaving House Arrest - Reports
"Abd Rabbuh [al-Hadi] won't succeed. He isn't welcomed in the south, or even the army and security force. He has no political blueprint of vision. What he has is directives from the West and from Gulf countries," a high-ranking member of the movement told RIA Novosti on Wednesday.

Yemen's deposed president, Abd Rabbuh Mansur al-Hadi fled Yemen's capital on February 21, after what Yemeni media said were negotiations mediated by Iran and Oman, in which Hadi allegedly promised to recognize the new Houthi government in exchange for his release. However, once he was in Aden, Hadi declared that he considers the Houthi government's decisions "illegal" and withdrew his resignation.