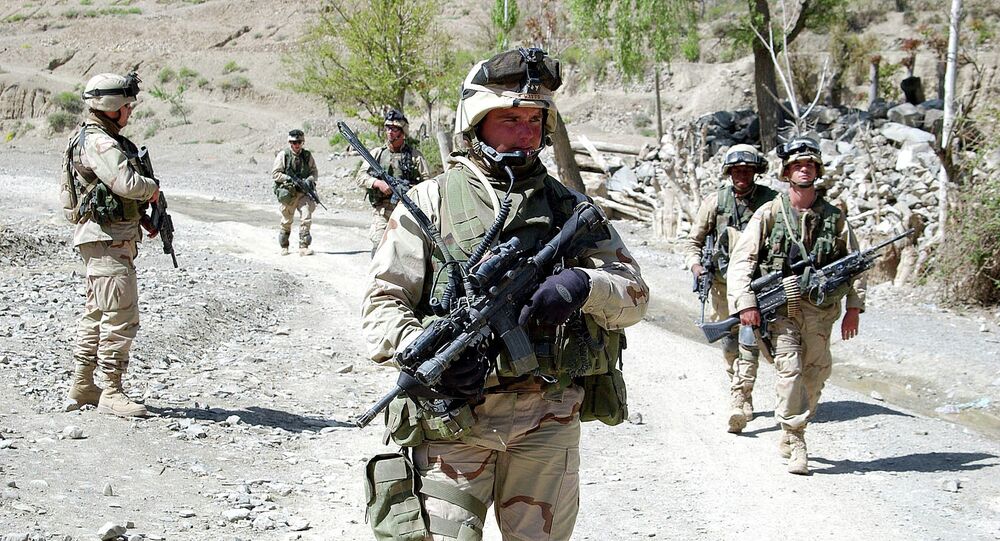 © REUTERS / Jonathan Ernst
US Troops Could Find Themselves Back on Ground in Iraq Fighting IS
MOSCOW (Sputnik) — Baghdad never asked the United States to send ground troops to fight the Islamic State (IS) militant group on Iraqi soil, the country's Foreign Minister Ibrahim Jafaari said Thursday.

"The message that Iraq has submitted to the (United Nations) Security Council never included a request for ground forces to enter Iraqi territory to conduct such operations," Jafaari said at a press conference in Australia, as quoted by the Iran-based news agency Tasnim.

His remarks followed US President Barack Obama's decision on Wednesday to seeks congressional support for his plan to put US military forces on the ground in Iraq.

© REUTERS / Stringer
ISIL Plays Into US, NATO Hands in Syria, Iraq
The Iraqi foreign chief said Baghdad had outlined the scope of operations permitted to the US-led coalition fighting IS insurgents in the country. He stressed ground forces were never part of the deal.

Until now, the coalition's role has been restricted to air strikes against IS positions, military training for Iraqi troops, and intelligence gathering.

Last summer, the IS militant group made rapid advances in Iraq and Syria, seizing huge swathes of land and vowing to create an Islamic caliphate in the controlled areas. In response, Washington rallied around 60 allies to assist it in bombing IS targets.