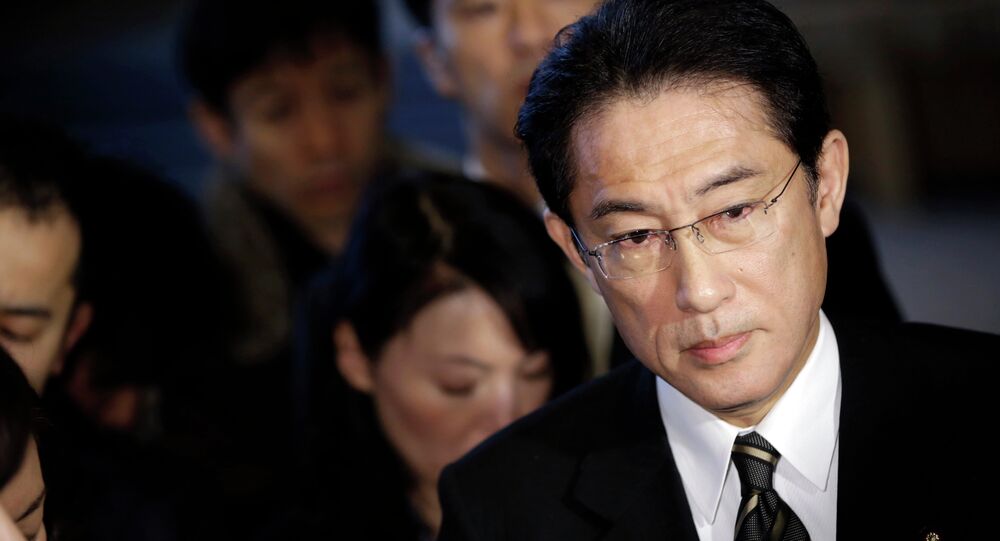 Japan urged Jordanian government to ensure the safety of Japanese citizens amid demonstrations in Jordan calling for the release of hostages held by Islamic State militants.

© AP Photo /
Japan PM Condemns 'Despicable' IS Threat to Kill Hostages Within 24 Hours
MOSCOW, January 30 (Sputnik) – Japan issued a statement on Friday urging the Jordanian government to ensure the safety of Japanese citizens amid demonstrations in Jordan calling for the release of hostages held by Islamic State (IS) militants.

"We have issued spot information to warn and ensure the safety of Japanese citizens in Jordan. Alongside that, we will ask the Government of Jordan to enhance security measures at diplomatic missions and other facilities," Fumio Kishida, Japan's Minister of Foreign Affairs said in a statement.

Kishada added that both Japanese and Jordanian authorities are in close contact and share information with each other about the captives.

© Sputnik / David B. Gleason
Pentagon to Cooperate With Japan Over IS-Held Japanese Hostages

Kasaesbeh was captured by the Islamic radical group militants after his plane crashed near the IS stronghold of Raqqah in Syria on December 24, 2014.

Goto allegedly went to Syria in October to negotiate the release of Haruna Yukawa, a Japanese security company executive.

Last week, IS extremists demanded a $200-million ransom for the two Japanese captives. The militants later changed their demand, asking for the release of a suicide bomber, Sajida Rishawi, who participated in a 2005 attack on a wedding party in Jordan, but survived after her explosives failed to detonate.

On January 24, after a 72-hour ultimatum expired, IS released a video showing Goto holding a photo of Yukawa's beheaded body.

On Tuesday, a voice in another IS-linked video, allegedly that of Kenji Goto, warned that he and Royal Jordanian Air Force pilot Muath Kasaesbeh would be killed within 24 hours if they were not exchanged for Sajida Rishawi, who is facing the death sentence in Jordan.

A Jordanian government spokesperson confirmed on Wednesday that the country was ready to release the failed suicide bomber in exchange for Kasaesbeh. On Thursday, Jordan's Information Minister said the country had demanded the IS to prove the pilot was still alive, but received no response from the militants.

On Friday, a day after the latest IS ultimatum expired, the families of the two hostages remain in limbo with no information from Islamic State militants as to whether Goto and Kasaesbeh are still alive, according to the Japan Today newspaper.

The Islamic State is a jihadist group that has taken areas of Iraq and Syria under its control. Infamous for their cruelty, the insurgents have kidnapped large numbers of people. Last year, the group released several videos purporting to show the executions of its hostages, which included US journalists James Foley and Steven Sotloff and British aid workers David Haines and Alan Henning.