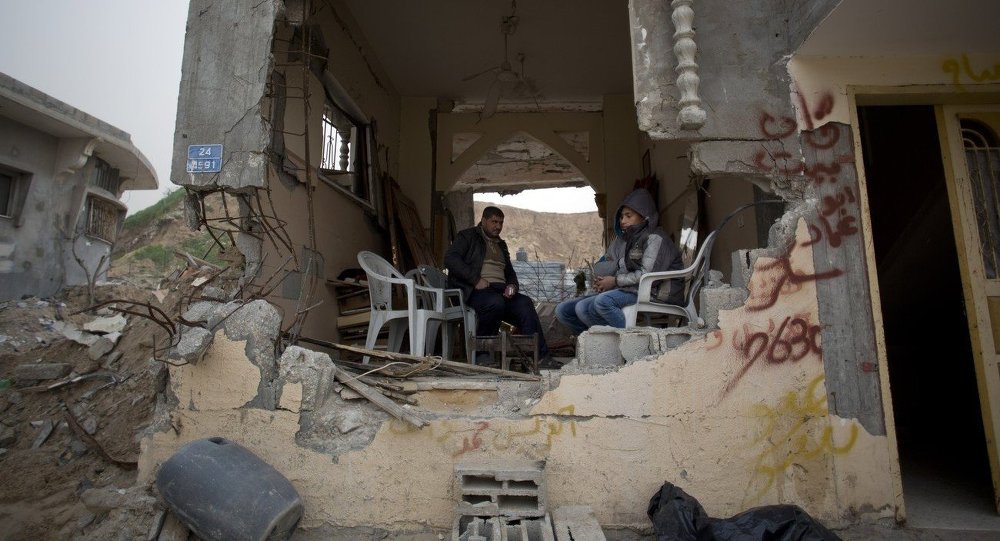 The United Nations Relief and Works Agency for Palestine Refugees in the Near East needs $720 million for repairing over 96,000 refugee family homes that were damaged or destroyed last summer. However, the Agency has received only $135 million in pledges so far. 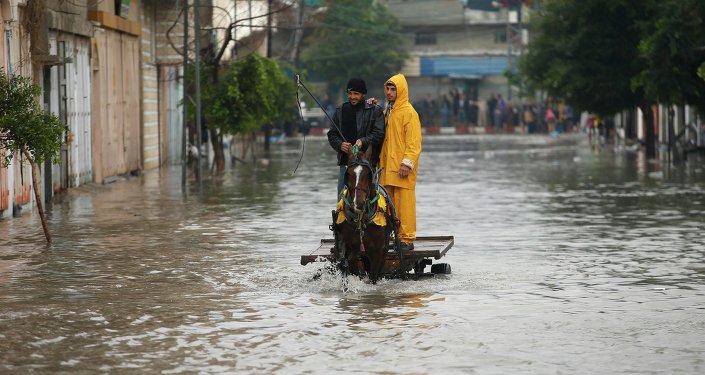 © REUTERS / Suhaib Salem
UN Declares State of Emergency in Gaza Strip Hit by Flooding
MOSCOW, January 27 (Sputnik) – The UN relief agency for Palestinian refugees has been forced to suspend its cash assistance program for repairs to damaged and destroyed homes in Gaza due to a lack of funds, the agency said Tuesday.

The United Nations Relief and Works Agency for Palestine Refugees in the Near East (UNRWA) said it needed $720 million for repairing over 96,000 Palestine refugee family homes that were damaged or destroyed last summer.

#UNRWA: 95% of all 480,000 #Palestine refugees in Syria rely on us for their daily needs http://t.co/jJ5kWoWruy pic.twitter.com/2kXLknVfWR

“To date, UNRWA has received only $135 million in pledges, leaving a shortfall of $585 million,” the relief agency said in a statement.

“While some funds remain available to begin the reconstruction of totally destroyed homes, UNRWA has exhausted all funding to support repairs and rental subsidies,” the statement reads. 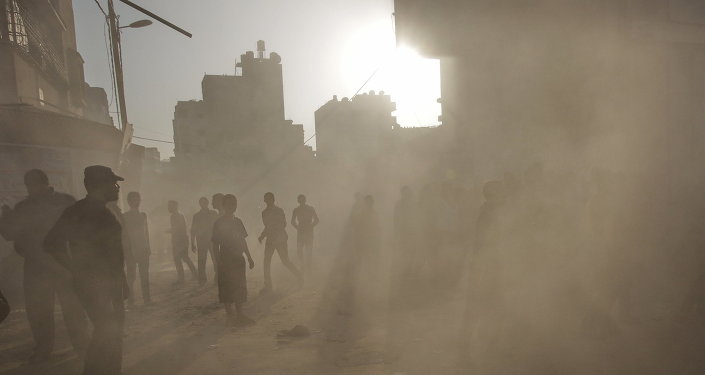 Operation Protective Edge, which Israel launched on July 7, resulted in the deaths of over 2,100 Palestinians, mostly civilians, and 71 Israelis, according to UN estimates. Most of the local infrastructure was destroyed in the operation.

"We had nothing except for the clothes we were wearing." Life as a refugee in #Gaza: http://t.co/qtvY60VnxI pic.twitter.com/MSglLXpyiB

During an October conference in Cairo, international donors pledged $5.4 billion for the reconstruction of Gaza after devastating Israeli air raids.