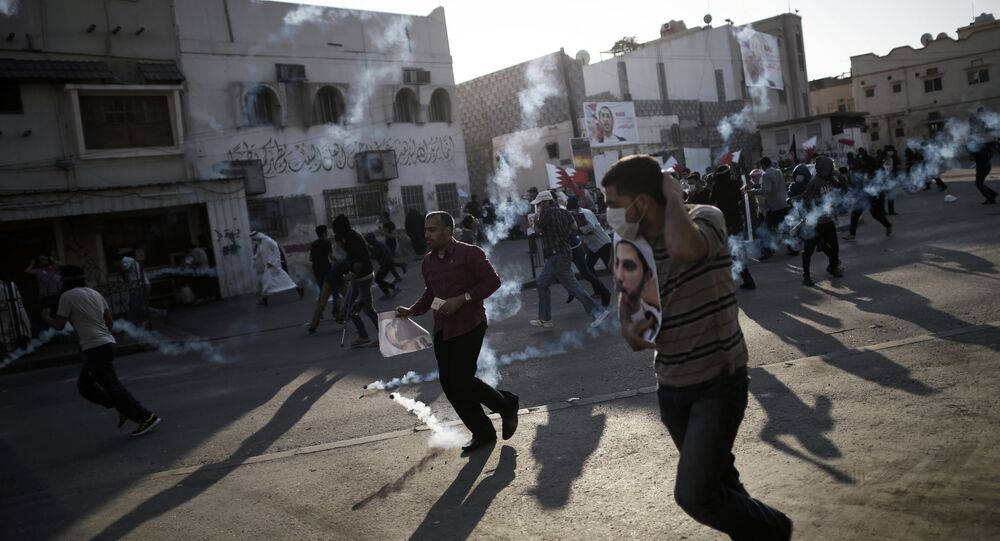 Bahraini Opposition Leader May Face Up to 19 Years in Prison, Lawyer Says

The term of sentence on four charges against Ali Salman, the leader of Bahrain's Shiite opposition party Al-Wefaq might be up to 19 years.

"The term of sentence on four charges against Sheikh Ali Salman might be up to 19 years," Shamlawi was quoted as saying by the Bahraini daily newspaper Al-Wasat.

On December 28, 2014, Salman was arrested in Bahrain's capital Manama on charges of inciting a violent regime change through illegal practices and publicly insulting the Interior Ministry.

On Monday, Bahrain's Public Prosecution announced that the date of the court trial was scheduled for January 28.

Al-Wefaq led anti-government protests by Shia muslims, which began in Bahrain in 2011 during the Arab spring. Shia Muslims, who form a majority in Bahrain, initiated the protests to achieve greater political freedom and equality as they claimed the regime under the Sunni Al Khalifa royal family infringes upon their rights.

After the crackdown on protest rallies by the authorities, Shia opposition deputies left parliament and boycotted last year's elections.