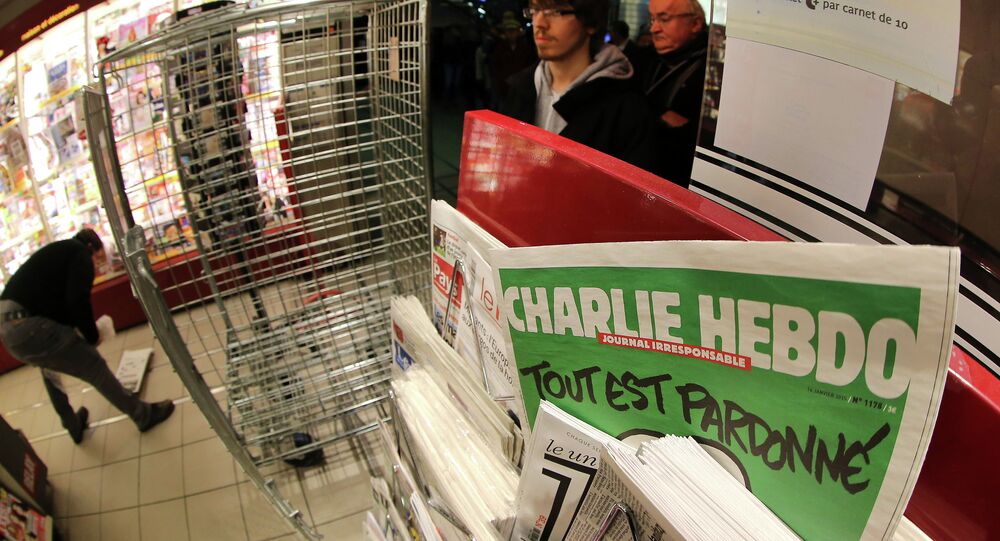 The decision comes as demonstrations against the controversial image on last week’s “survivor” issue turned violent in some cities of Niger, Pakistan, Algeria and other Muslim countries.

Madani said, “OIC is studying Europe and French laws and other available procedures to be able to take legal action against Charlie Hebdo,” reports The Independent.

“If French laws allow us to take legal procedures against Charlie Hebdo, OIC will not hesitate to prosecute the French magazine.”

On his personal Twitter feed, Madani added: “These cartoons have hurt the sentiments of Muslims across the world.

“Freedom of speech must not become a hate speech and must not offend others. No sane person, irrespective of doctrine, religion or faith, accepts his beliefs being ridiculed,” reported The Independent.

© East News / AP Photo/Lionel Cironneau
Charlie Hebdo in Bigger Demand Than Ever, 7 Mln Copies of New Issue Printed
The OIC has member states across North Africa and the Middle East, among others, as well as permanent delegations to the UN and EU.

“Freedom of expression should be used in a way to boost understanding between the religions,” he said in a statement issued by the presidential palace.

He also restated his condemnation of the attacks on victims in Paris, saying that terrorism, “has nothing to do with Islam in any way”.