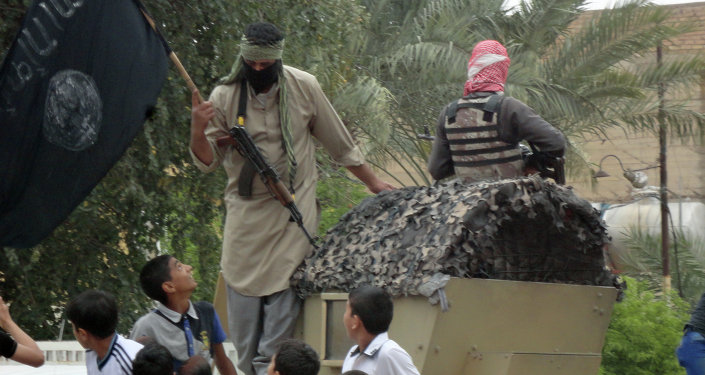 Khodr Domli, a leading Yazidi rights activist told AFP that the freed Yazidis were held captive in Mosul, Iraq’s second largest city and under IS control since last June. Thousands of Yazidis were killed or taken hostage after the brutal group seized the town of Sinjar in August. The fate of those kidnapped by Sunni militants remains largely unknown.

Amnesty International said that hundreds of Yazidi women and girls were forced to marry IS militants or sold into slavery. These women "have had their lives shattered by the horrors of sexual violence and sexual slavery in IS captivity," stated Donatella Rovera, Amnesty International’s senior crisis response advisor, who spoke to former captives in northern Iraq.

"Many of those held as sexual slaves are children – girls aged 14, 15 or even younger. IS fighters are using rape as a weapon in attacks amounting to war crimes and crimes against humanity," she added. 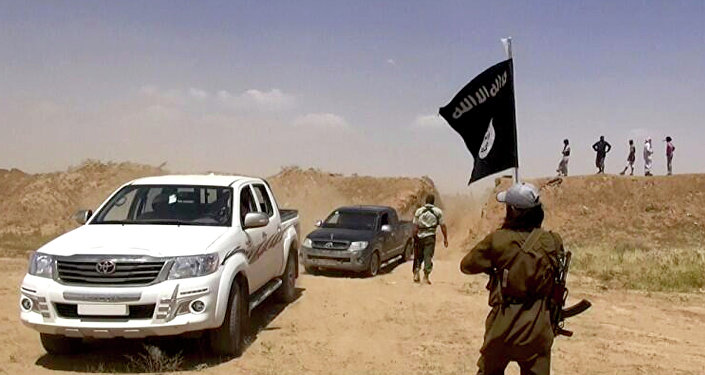 © AP Photo / albaraka_news, File
Islamic State Beheads, Crucifies Five in Deir Ezzor Province of Syria
On Saturday, without prior agreement with authorities the militants transported over two hundred Yazidis to the outskirts of Kirkuk. They were then taken to a health center north of the city. Some of those freed "are wounded, some have disabilities and many are suffering from mental and psychological problems," Khodr Domli said, as quoted by AFP.

The identities of the majority of the freed Yazidis have been established. "We already have names for 196 and there could be some more," Domli said.

Several teams of Kurdish doctors and nurses will help the Yazidis, according to Saman Barzanji, director general of the Irbil health department. "We have dispatched laboratory teams to check their blood, to control for things such as polio and possible contagious diseases," he said, as quoted by AFP.

"Another team is here to handle the people’s immediate health needs. We have also deployed ambulance teams to dispatch emergency cases to hospital," he added. 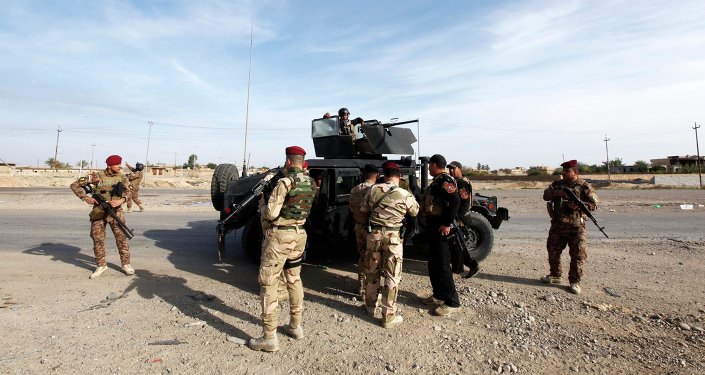 © REUTERS / Ahmed Saad
At Least 24 Kurds Killed by Islamic State Militants in Iraq Deadly Attack
The IS has not made a public statement with regard to the release of Yazidi captives. However, some speculate that the group does not have the resources to keep hostages. Iraqi security forces, peshmerga, Shiite militias and some Sunni tribesmen are currently targeting the Islamic state. Moreover, the plight of the Yazidi people prompted the United States to launch an international campaign to degrade and destroy the group.

The IS "must have decided that they could no longer feed them, look after them. They were a burden," Domli told AFP. Vian Dakhil, a Yazidi member of the Iraqi parliament, reiterated the sentiment, saying the "IS saw that there was no benefit for them in keeping these old people," as quoted by the news agency.

The Islamic State, notorious for its cruelty, proclaimed a caliphate on the territories under its control, forcing thousands of people to flee their homes. The insurgents have kidnapped large numbers of people, including foreign military personnel and journalists.