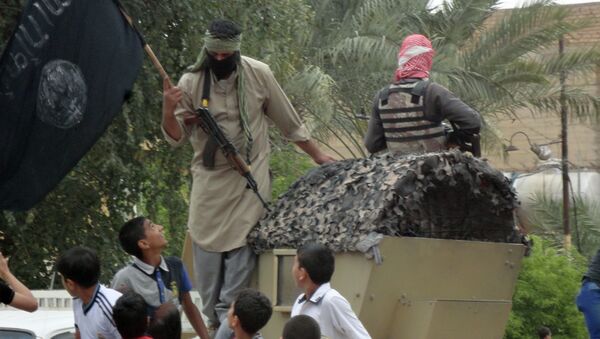 According to the media outlet's Thursday report, the abductions took place in the city of Fallujah in Iraq's Anbar Province.

"The ISIL [Islamic State] terrorists kidnapped 172 citizens in Fallujah city due to accusing them for fo[r]ming Sahwa forces [paramilitary groups] that support the security sources," the source told Iraqi News.

According to earlier media reports, the Iraqi government lost control of Fallujah to IS extremists as early as January 2014.

Nearly 1,500 French Residents Joined Jihadists in Middle East: French PM
This is not the first time the IS has attacked Iraqi tribesmen in Anbar for attempting to prevent the group's advance. The militants reportedly murdered 67 men for being linked to paramilitary groups supported by the Iraqi government in November.

The Islamic State is a jihadist group that has taken large areas of Syria and Iraq, including the latter's second largest city Mosul, under its control. Infamous for their cruelty, the insurgents have kidnapped large numbers of people, including foreign military personnel and journalists. Last year, the IS released a number of videos showing its executions of journalists and aid workers.