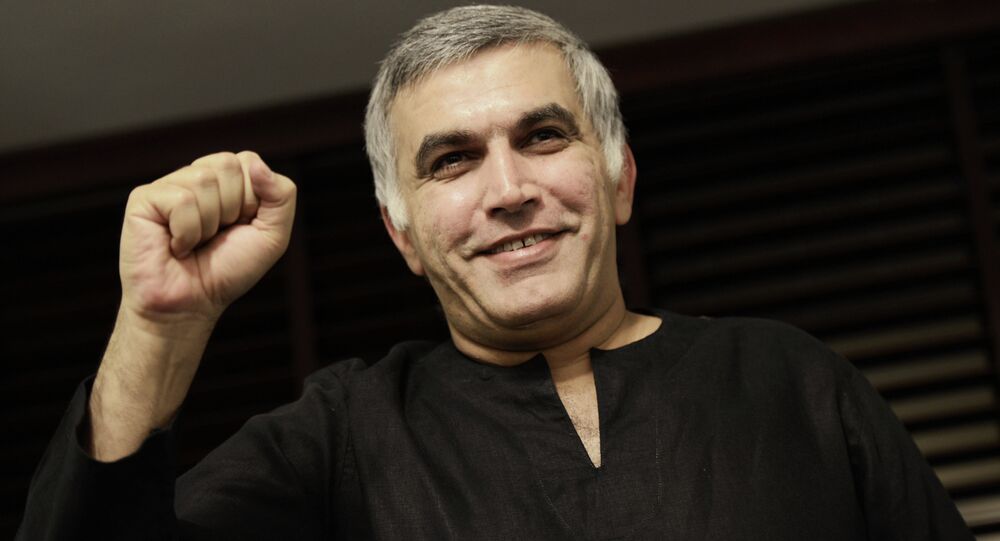 “Bahrain’s allies including the United Kingdom, Germany, France and other European countries should publicly call on Manama to drop charges against the human rights advocate Nabeel Rajab,” a statement published on the organization’s website said.

Rajab was arrested in October 2014 for posting a message on Twitter, which Bahraini authorities claimed insulted the country’s Defense Ministry.

“Many #Bahrain men who joined #terrorism & #ISIS came from security institutions and those institutions were the first ideological incubator,” Rajab’s Twitter message said.

© AP Photo / Anjum Naveed
Bahrain Court Sentences Opposition Lawmaker to Prison Over Twitter Post
Rajab’s case was not a matter of due process as he should not have been charged “in the first place,” HRW deputy Middle East and North Africa director Joe Stork was quoted as saying in the statement.

According to the International Covenant on Civil and Political Rights, which Bahrain ratified in 2006, states should not prohibit public debate concerning public figures and institutions in the political domain.

Earlier this week, HRW, the Gulf Center for Human Rights, which Rajab founded, and 14 other rights organizations, wrote a joint letter to the United Kingdom and European foreign ministry officials expressing “grave concern” on the verdict of the trail set for January 20. Rajab could face up to six years in prison if found guilty.