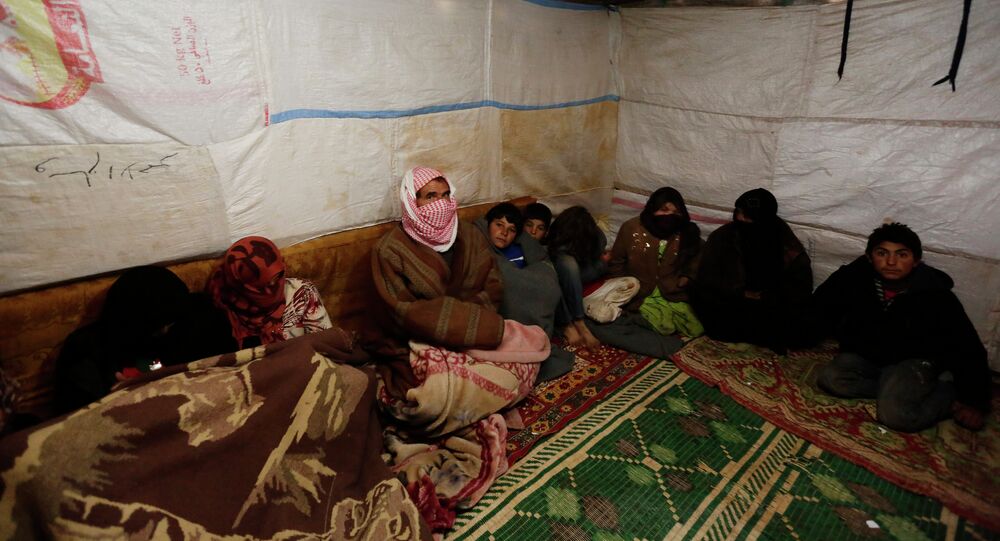 A press release by the UNHCR stated, "Syrians, for the first time, have become the largest refugee population under UNHCR's mandate [Palestinians in the Middle East fall under the care of our sister-organization UNRWA], overtaking Afghans, who had held that position for more than three decades."

According to the report published Wednesday, over three million Syrians are currently displaced, accounting for 23 percent of the refugees assisted by UNHCR worldwide. Meanwhile, the United Nations Relief and Works Agency (UNRWA) estimates some five million Palestinian refugees are under its protection.

Apart from Syria and Afghanistan, countries where the most refugees are from are Somalia (over one million), Sudan (670,000) and South Sudan (over 500,000), according to the paper.

The report also indicated that the number of displaced people being assisted by the agency reached an all-time high of 46.3 million in mid-2014.

© Flickr / John Gillespie
UN Aid Chief to Visit Lebanon With Focus on Syrian Refugee Crisis
"As long as the international community continues to fail to find political solutions to existing conflicts and to prevent new ones from starting, we will continue to have to deal with the dramatic humanitarian consequences," UN High Commissioner for Refugees Antonio Guterres was quoted as saying in the press release.

Earlier in the day, the Turkish Disaster and Emergency Management Presidency (AFAD) signed an agreement with UNHCR to provide humanitarian assistance to Syrian refugees. Under the agreement, the organization will deliver 12 mobile clinics, 10 ambulances and 10 vaccination units to Syrian refugee camps.

Civil war erupted in Syria in 2011 and since then, the country's army has been fighting numerous militias, including Islamic extremists. According to the UN estimates, the ongoing conflict has claimed some 200,000 lives and forced over 3.2 million Syrians to flee their homes, triggering a grave humanitarian crisis.