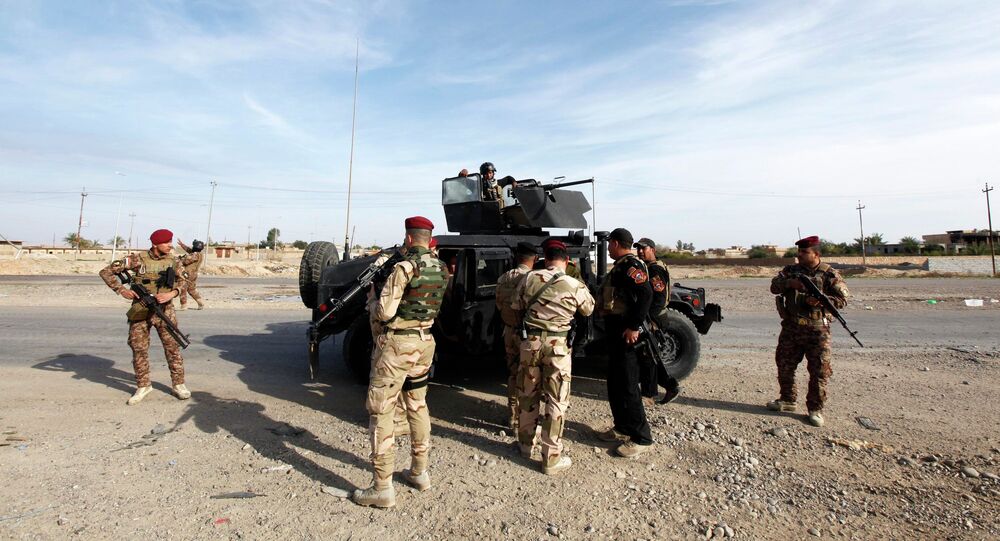 "The security forces backed by the volunteers killed 26 ISIL terrorists and destroyed 3 vehicles […]," the unnamed military source was quoted as saying.

According to the news outlet, the militants were killed near Baiji, a strategic oil refinery town in northern Iraq.

The IS, a radical Sunni group also known as the Islamic State of Iraq and Syria (ISIS), has seized vast areas in Syria and Iraq beginning 2012 and 2014 respectively. The group, which declared an Islamic caliphate on territories under its control, is known for human rights atrocities, including beheading prisoners and posting videos of the events online. According to CIA estimates, the group numbers around 30,000 fighters, and includes many foreign national mercenaries.

© AP Photo / Militant Website, File
Islamic State Offers Own Version of 'American Dream' to Recruit Newcomers
Instead of a single anti-IS front, several military groups are fighting the militants. Government forces from both Syria and Iraq, a US-led coalition, as well as the region's own native Kurdish fighters are all active in countering IS, each with their own mandate. As a result of these combat operations, many thousands of civilians have been killed, hundreds of thousands have been displaced and thousands more are held hostage by IS.

The United States has been leading its own 60-nation coalition air campaign on IS strongholds since August in Iraq and since September in Syria, the latter despite no explicit permission from Syrian authorities.