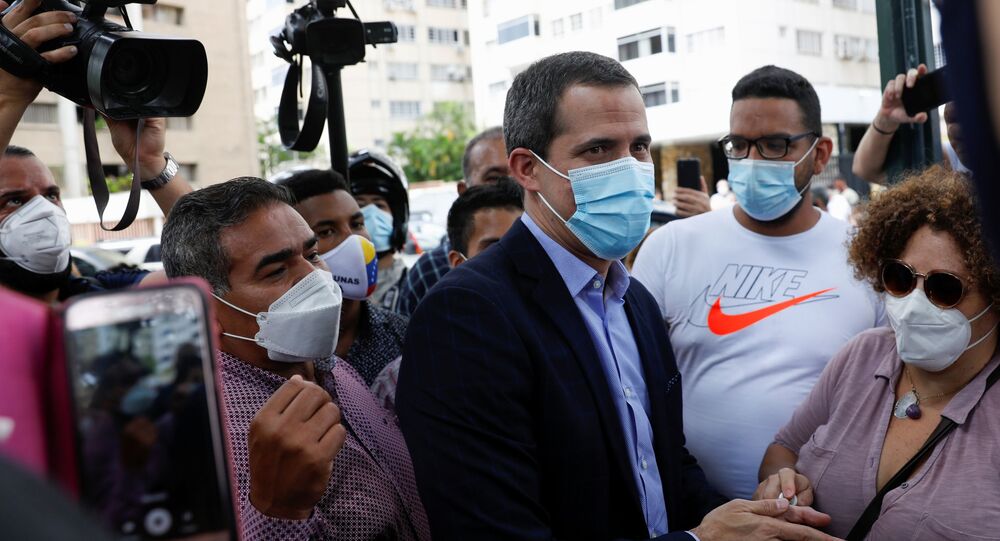 The lawyers argued that the opposition figure "effectively controls nothing at all" in the South American nation.

"I'm instructed to say that the respondents will not be pursuing the rationality argument on the basis of what we understood to be an agreed understanding that the statement contains no expressed recognition of Mr. Guaido in fact exercising effective control or sovereignty within Venezuela," lawyer Jeffrey Jowell told the court on the second day of the hearing.

The legal battle for gold began after Guaido declared himself an interim president in the wake of public protests in Venezuela in January 2019. After that, the Bank of England refused to fulfill a request made by the BCV to have access to the gold bullion to buy medicines and equipment to tackle the COVID-19 pandemic.

The Bank of England claimed that there was a lack of clarity as to who was ruling Venezuela, so the BCV took it to trial before the London Commercial Court, which, in turn, ruled in July, 2020 against the board appointed by Maduro.

The judge presiding over the case then said that since Guaido had been "unequivocally" recognized by the United Kingdom as the president of Venezuela, following a statement made by former Foreign Secretary Jeremy Hunt in 2019, that Guaido's ad hoc administrative board had a right over the gold.

On 5 October, the Court of Appeals overturned that ruling and directed the high court to conduct a detailed factual inquiry to determine whether the British government recognizes that Maduro does indeed continue to exercise 'de facto' powers of the head of state and government in Venezuela.

On Monday, the UK government reaffirmed in a statement sent to the Supreme Court its recognition of Guaido as the "only legitimate president" of the South American nation.

The legal team representing the Maduro board argued, however, that London has only recognized Guaido as head of state, or 'de jure,' not as head of government.

"Any 'de facto' recognition of Mr. Guaido as head of government would have been irrational as he is not exercising any actual power in Venezuela," lawyer Nicholas Vineall told the court.

His partner Jowell also rose the point that if the gold worth nearly $2 billion was to be given to the BCV board appointed by the self-proclaimed president, the money would not be reflected in the bank's books as they have no control whatsoever over the institution.

And most of all perhaps, lacking local infrastructure, there is no form of how the funds could be used for the benefit of the Venezuelan people, he added.

Jowell also asked the Supreme Court judges to note that the Maduro board had asked the Bank of England to send all the gold to the UN Development Program for the purpose of COVID relief and to alleviate poverty in Venezuela.

The five judges will hear the case until Wednesday, or Thursday if more time is needed, but it is unlikely that they will hand down a judgment at the end of this week as each of them will provide their reasoning and the majority verdict in a written judgment.