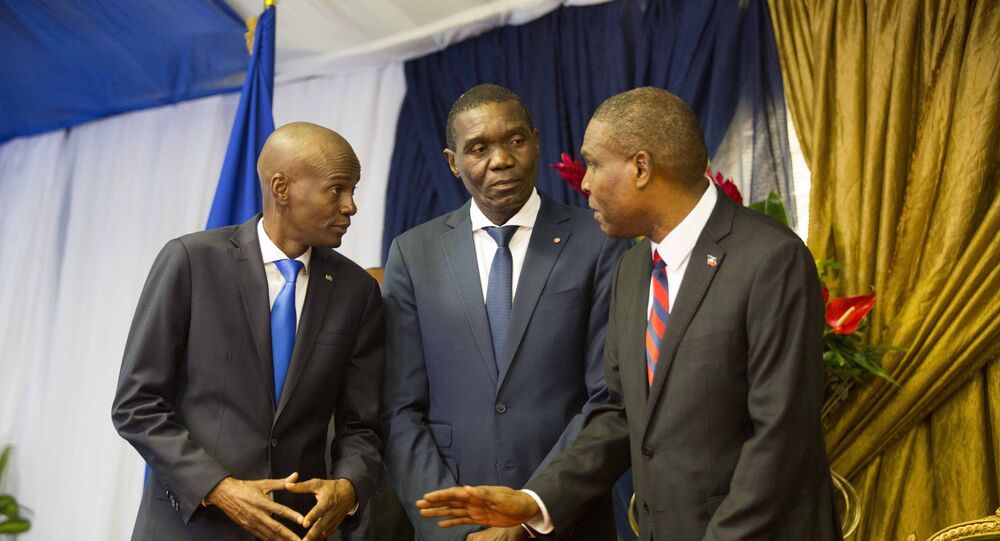 MOSCOW (Sputnik) - President of the Haitian Senate Joseph Lambert, who was nominated as interim leader by the Senate on Friday, says his swearing-in has been postponed.

"The Senators have decided to postpone the swearing-in scheduled for this afternoon. They all want to be present to actively participate in the inauguration. There is an urgent need to rebuild hope in our country," Lambert said on Twitter on Saturday.

Haiti’s Senate, which currently consists of only a third of its members, adopted a resolution on Friday, declaring Lambert interim president following the assassination of President Jovenel Moise. The Senate said that Lambert would take a constitutional oath in parliament and would be installed in his functions immediately after that, to form a new government.

At the same time, a number of political parties in Haiti have reportedly signed a memorandum, saying that Ariel Henry, who was appointed prime minister by Moise two days before the assassination, should now head the government of national unity.

Henry did not have time to form a new government, so Claude Joseph is now serving as interim prime minister since he was the incumbent at the time of Moise’s assassination. Joseph is counting on the support of the international community to stay in power until presidential and legislative elections are held on September 26.

According to Haiti’s police, a group of 26 Colombians and two Americans shot President Moise in his home on Wednesday. The National Police said on Friday that 17 Colombians and two Americans of Haitian descent suspected of participating in the assassination had been detained. In a later update, police said that another suspect, identified as Mendivelso Jaimes Gersain, a Colombian national, was also detained.