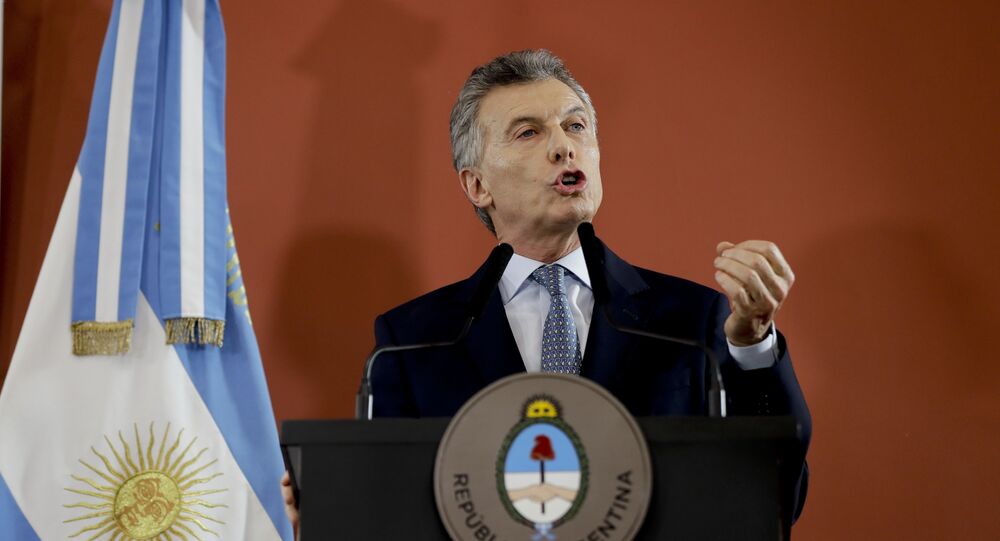 “We repudiate the support of the government of Argentina’s former president, Mauricio Macri, for the coup that we experienced in 2019 in the Plurinational State of Bolivia. The sending of military material to repress the Bolivian people contravenes international norms,” the Bolivian president said late on Thursday.

This statement was made after the current president of Argentina, Alberto Fernandez, apologized for the fact that Buenos Aires supported rebel forces in Bolivia. Allegedly Macri’s administration had sent tear gas and rubber bullets to the neighbouring country.

Fernandez reposted the letter of the former general commander of the Bolivian Air Force, Jorge Gonzalo Terceros Lara, sent to the then Argentine ambassador, Normando Alvarez Garcia, in which he thanked the weapons delivered by Argentina to Bolivia.

“We ratify our ties of brotherhood with the Argentine people, and we recognize the solidarity and support of Brother President Alberto Fernandez,” Arce said.

The Inter-American Commission on Human Rights is currently investigating the events of 2019 through an interdisciplinary group of independent experts, as Fernandez said on Thursday.

In November 2019, Evo Morales resigned as president of Bolivia and left the country under pressure from the military, after the opposition, led by Carlos Mesa, claimed electoral fraud during the October 2019 vote. Most of Bolivia’s senior officials resigned in his wake. Fernandez gave asylum to Morales during that period of time.

Power in the country was assumed by former opposition vice-speaker of the senate, Jeanine Anez. Morales called the events a coup. Anez arranged for a new presidential vote, which took place on October 18, 2020. The election was won by Arce from Morales’ Movement for Socialism party. Morales returned to Bolivia in November 2020.