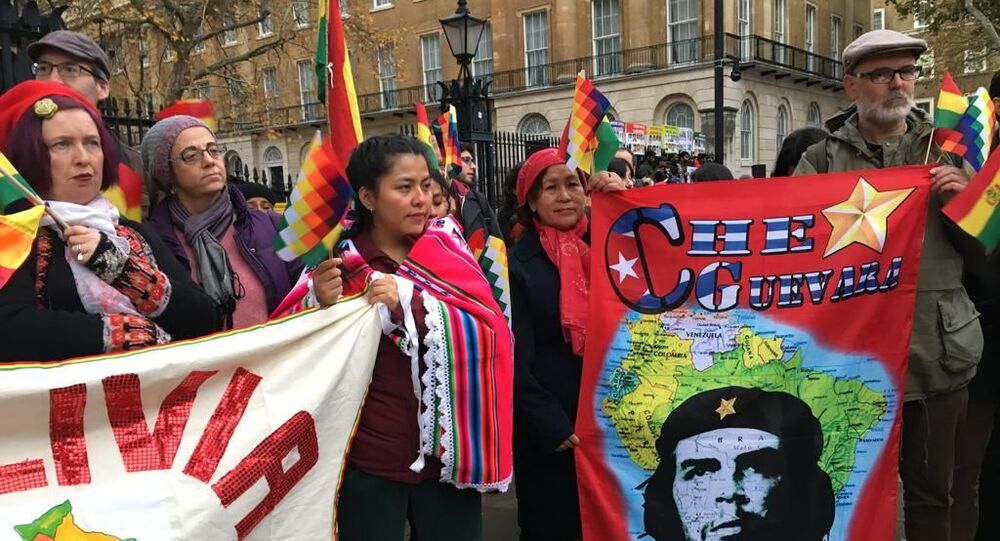 Borrell Calls For Transparency Amid Coup Probe in Bolivia

MOSCOW (Sputnik) - EU foreign policy chief Josep Borrell has called for transparency and dialogue in Bolivia, where ex-interim President Jeanine Anez had been detained on suspicion of terrorism and coup conspiracy.

"Following the events in #Bolivia. The accusations for the events of 2019 must be resolved within the framework of transparent justice and without political pressure, respecting the independence of power branches. Dialogue and reconciliation are crucial. The #EU will continue to support Bolivia," Borrell tweeted.

On Saturday, Bolivian police transferred Anez to La Paz for her to testify in an ongoing coup probe. She was detained overnight on suspicion of terrorism, sedition and conspiracy related to what investigators consider a coup that led to the resignation of former Bolivian President Evo Morales.

Anez wrote a letter calling on the Organization of American States (OAS), as well as the European Union, to send an observer mission to Bolivia to look into what she called "unlawful political persecution" that runs contrary to international norms.

Morales resigned as president and left Bolivia in November 2019, under pressure from the military, after the Bolivian opposition, led by Carlos Mesa, claimed that there were mass violations during the October 2019 vote. Most of Bolivia’s senior officials resigned in his wake.

Power in the country was assumed by the then-opposition vice-speaker of the senate, Jeanine Anez. Morales called the events a coup.

Anez arranged for a new presidential vote, which took place on October 18, 2020. The election was won by Luis Arce from Morales’ Movement for Socialism party (MAS).

Morales reacted to Arce's victory by saying that the Bolivian people had regained political power via democracy and that it was a "great triumph of the people." Morales returned to Bolivia in November 2020 after being self-exiled in Mexico and Argentina for almost a year.