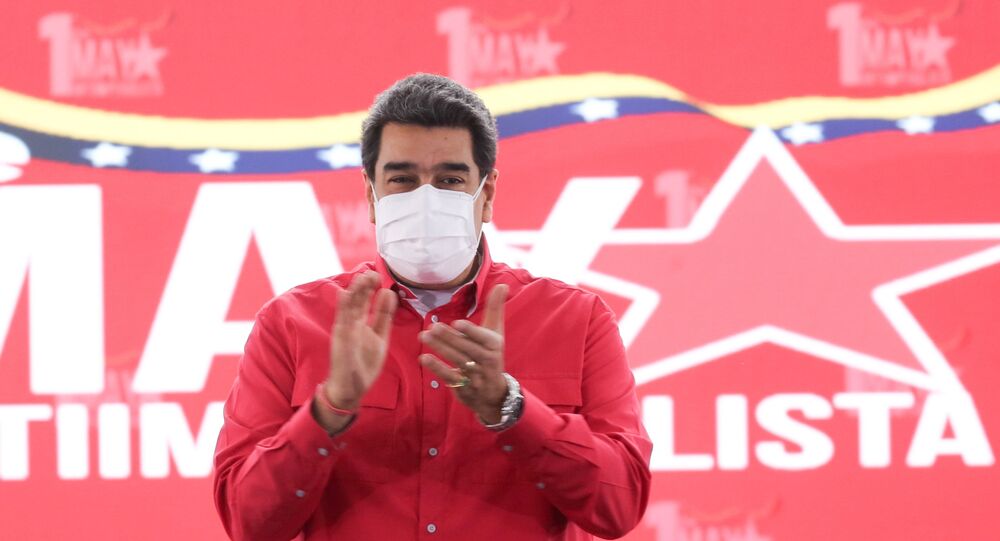 In early March, the Central Bank of Venezuela said it would introduce three new banknotes – 200,000, 500,000, and 1 million bolivars – amid the hyperinflation. Last year's inflation in the country amounted to 2,959.8 percent.

"I can announce today a proposal that I have approved … which is to ‘Petrolize’ the social benefits of public workers of the central, the decentralized administration and of the state public companies," Maduro said on Saturday, during a televised speech dedicated to International Worker's Day.

Maduro emphasized that the measure aims to protect social benefits from inflation and also proposed that pensions be calculated based on the Petro, the value of which depends on the cost of oil, gold, iron and diamonds.

As part of attempts to oust Maduro, the US and other western countries that have endorsed Venezuelan opposition leader Juan Guaido have slapped crippling sanctions on Venezuela and have frozen its assets abroad. According to Maduro, western sanctions targeting the state-run oil and gas company Petroleos de Venezuela (PDVSA) and its subsidiaries are an attempt to seize its foreign assets and prevent the firm from completing transactions.