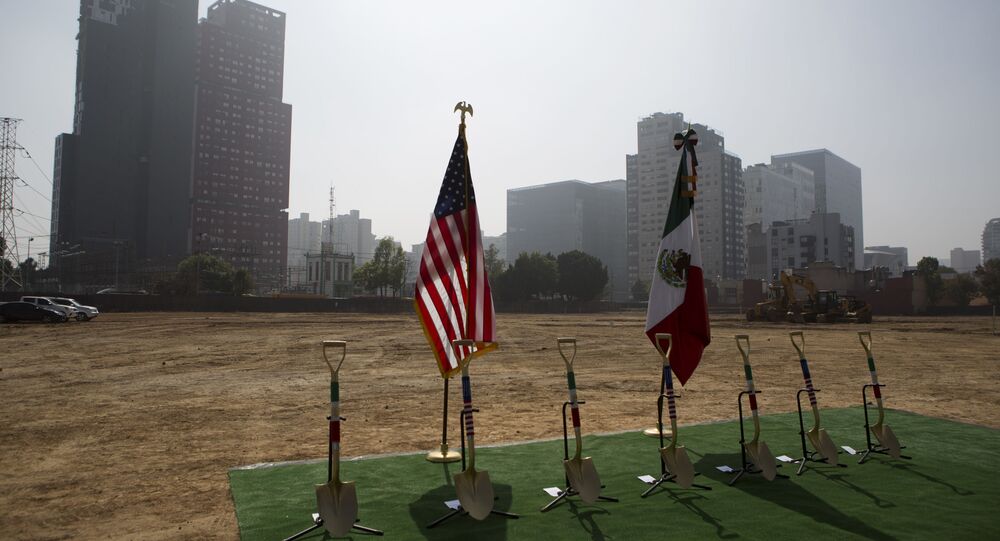 Although the newly-passed Mexican legislation does not target a particular country, some have voiced concern that law enforcement agencies of the United States will be those most impacted by the new rules.

The Congress of Mexico on Tuesday passed a new national security law that limits the actions of foreign law enforcement agencies in the country, particularly stripping diplomatic immunity and requiring the sharing of all gathered intelligence with Mexican officials.

A tweet reads: "With 329 votes in favor, 98 against, and 40 abstentions, the report adding various provisions to the National Security Law has been approved. It now passes to the Federal Executive level".

​The move is seen by many critics as potentially undermining the efforts of foreign agencies, specifically the US Drug Enforcement Administration (DEA), to fight drug trafficking in Mexico.

“You’re going to see a situation where the efforts of US agencies, especially with the DEA, are significantly going to be diminished,” said Mike Vigil, a former DEA chief of international operations, cited by The Guardian. “They want to relegate the agencies like DEA to doing nothing more than staying in the office and just passing information.”

The initiative was rolled out by the Mexican president, Andrés Manuel López Obrador, earlier in December, who denounced foreign agencies for acting too eagerly in his country.

“During other governments, they came into Mexico as if they owned the place", Obrador noted, criticising the agencies. "They didn’t just carry out intelligence operations, they went after targets. [Mexican] security forces launched the operations, but the decisions were made by these [foreign] agencies. That no longer happens,” he said.

The Mexican president also argued that "foreigners should not be allowed to intervene in matters that only correspond to Mexicans".

The initiative to strip foreign agencies from this immunity came after Mexico's former defense minister, General Salvador Cienfuegos Zepeda, was arrested in Los Angeles in December 2019 and accused of drug trafficking - something that Obrador described as "lamentable" and criticized Washington for not informing Mexico about the investigation into a key official.

In November 2020, the US dropped the charges and allowed Zepeda to return to Mexico for the investigation to be continued, noting that "the broader interest in maintaining that relationship in a co-operative way outweighed the department’s interest and the public’s interest in pursuing this particular case".

© AP Photo / Rebecca Blackwell
Secretary of Defense Salvador Cienfuegos Zepeda arrives for a review of the troops that will participate in the Independence Day parade, in Mexico City, Wednesday, Sept. 14, 2016.

Later in December, reports emerged suggesting that Mexican officials were mulling new legislation that would restrict foreign agencies in Mexico, canceling their diplomatic immunity, as other officials reportedly complained that the process of sharing information between the countries was overseen by the United States.

According to Vigil, stripping diplomatic immunity would be "much more detrimental to Mexico than to the United States".

After the reports on the law appeared, US Attorney General William Barr said in early December that the legislation, if passed, "can only benefit the violent transnational criminal organizations and other criminals that we are jointly fighting".