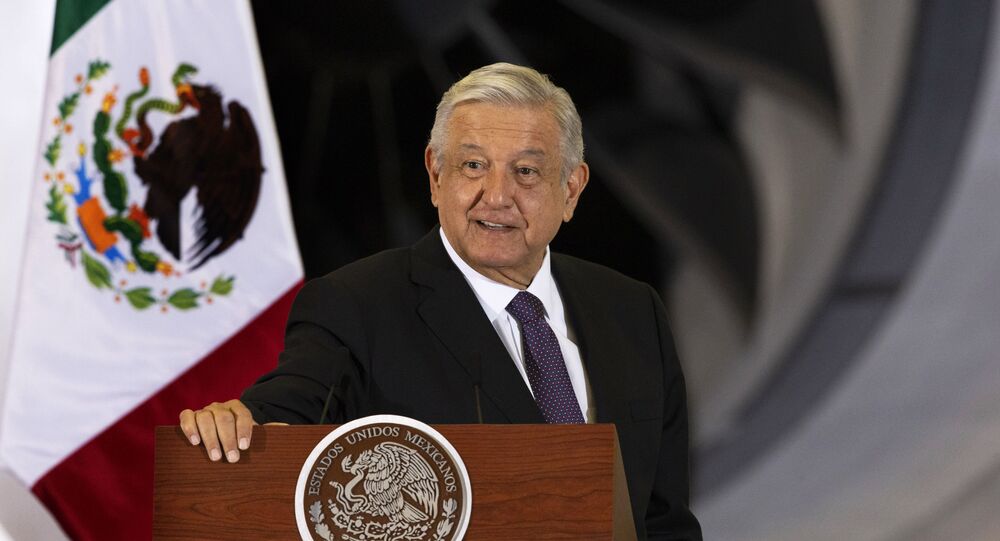 American-Mexican relations have recently been aggravated by the arrest of former Mexican Defence Secretary Salvador Cienfuegos in Los Angeles in relation to money-laundering and drug allegations. Several weeks after the arrest, the US Department of Justice announced that charges against the ex-official have been dropped.

Mexico’s President Andrés Manuel López Obrador is proposing to restrict US Drug Enforcement Administration (DEA) agents operating in the country and strip them of their diplomatic immunity, the AP reported.

“The proposal is that foreign agents will not have any immunity,” the document’s summary states, as submitted to the Mexican Senate.

If approved, the state will require DEA agents operating in Mexico to pass over all the collected intelligence data to the national government. Moreover, any Mexican public servants contacted by agents, even by phone or text message, would be required to “to deliver a written report to the Foreign Relations Department and the Public Safety Department within three days.”

According to present arrangements, American drug agents working in Mexico have some form of immunity or technical exemption from prosecution, and the chief DEA officer has full diplomatic immunity.

© AP Photo / Guillermo Arias
Soldiers guard next to a transportation warehouse where a tunnel was found, near the US-Mexico border in Tijuana, Mexico, Wednesday, Dec. 2, 2009

Commenting on the news, the DEA’s former chief of international operations Mike Vigil told the AP that handing over information by agents to Mexican authorities is just “not going to happen” citing concerns about “endemic corruption” within the country’s government.

According to the former official, the process of sharing information between Mexico and the DEA is pre-dominated by the United States, with 90 percent of all allotted data going from Washington to Mexico City, rather than vice versa.

The news follows the arrest of former Mexican Defence Secretary, Salvador Cienfuegos, who was a top official during President Enrique Peña Nieto's administration heading the country’s army department for six years from 2012.

Cienfuegos was detained in Los Angeles in October 2020, based on accusations that he was helping Mexico’s drug cartel H-2 to smuggle thousands of kilograms of illegal substances during his tenure, as well as accepting bribes to keep the drug business flowing.

Cienfuegos was “secretly” indicted on the charges as early as August 2019, but the indictment remained sealed until he was apprehended by the US authorities.

In October, the general pleaded not guilty to all the charges brought against him by American prosecutors.

© AP Photo / Rebecca Blackwell
Secretary of Defense Salvador Cienfuegos Zepeda arrives for a review of the troops that will participate in the Independence Day parade, in Mexico City, Wednesday, Sept. 14, 2016.

The high-ranking official’s arrest provoked an outcry from Mexico, with the country’s leadership vowing to restrict operation of US agents in the country. The Mexican government was exasperated by the fact that it was not made aware about the investigation into its key former official.

In mid-November, the Department of Justice announced that American prosecutors dropped all charges against Cienfuegos, allowing his return to Mexico for further investigation.

According to US Acting Attorney Seth DuCharme, the decision to release the former defence secretary was based on America's determination “that the broader interest in maintaining that relationship in a co-operative way outweighed the department’s interest and the public’s interest in pursuing this particular case.”