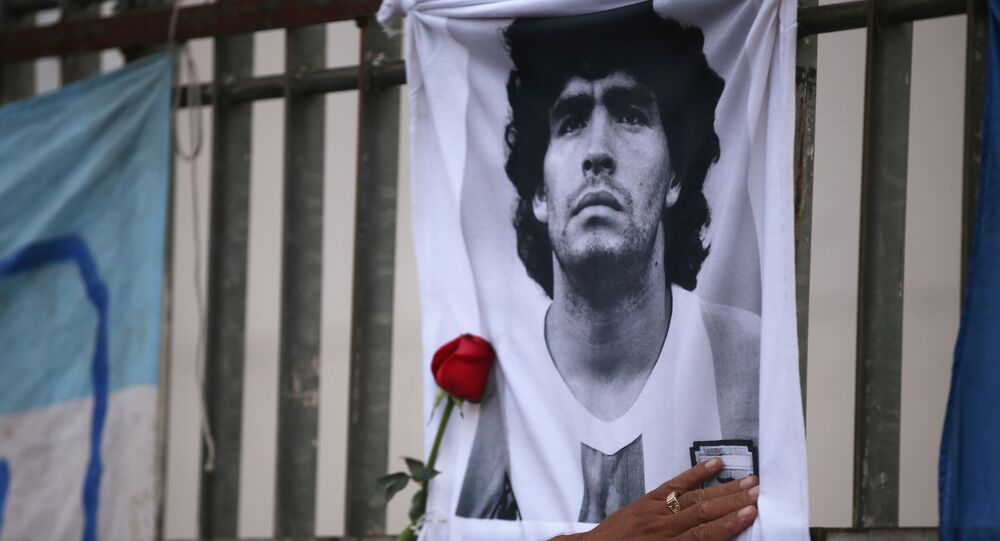 BUENOS AIRES (Sputnik) - Argentine prosecutors have launched an investigation in an attempt to find out whether there was an act of negligence during the treatment of late Argentine football legend, Diego Maradona, who passed away on Wednesday, media reported.

According to the TN broadcaster, investigators are trying to find out whether Maradona was receiving all the necessary medicines. He was reportedly taking eight pills a day. The probe is reportedly looking if a nurse could have failed to give him one of the pills on the day of his death.

On Thursday, Matias Morla, the lawyer for Maradona, said that the football legend had not received proper medical attention, and called for an investigation into his death.

On Friday, experts held a toxicological analysis that will help to determine which drugs Maradona took in the last hours of his life.

The iconic forward passed away on Wednesday at the age of 60 from a cardiac arrest. Two weeks before his death, Maradona was discharged from a hospital where he had undergone brain surgery.