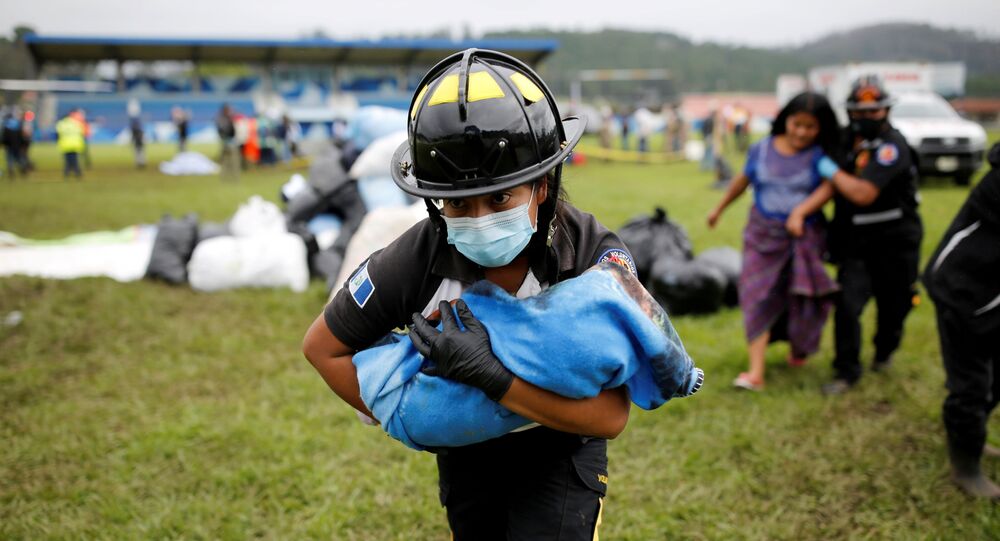 Rescuers dug three people from under rubble in the village of Queja on Saturday, where 150 homes were buried this week in a landslide caused by the hurricane that has swept across Central America and the Caribbean.

The official death toll from Hurricane Eta in the Central American nation of Guatemala rose to 23 on Saturday, with 103 more people missing.

Guatemala's disaster relief agency CONRED reported on Saturday that almost 200,000 people in 15 of the country's 22 departments had been affected by the floods and landslides caused by the torrential downpours brought by the storm.

"Damage evaluations continue to be carried out at the locations in order to begin the recovery process after the emergency is over," said CONRED spokesman David de León.

CONRED tweeted that rescuers had found three people buried by a landslide in the village of Queja in San Cristóbal Verapaz, where 150 homes were engulfed earlier this week. But the agency said weather conditions had forced work to a halt that day.

And it reported another landslide near Livingston, Izabal department on the Caribbean coast.

Videos taken by locals showed streets in Puerto Barrios, the main city of Izabal, flowing like rivers with muddy water.

​​The Cuban volunteer medical brigade in the mountainous department of Coban tweeted images of the flooding there and of doctors treating survivors at a refugee centre.