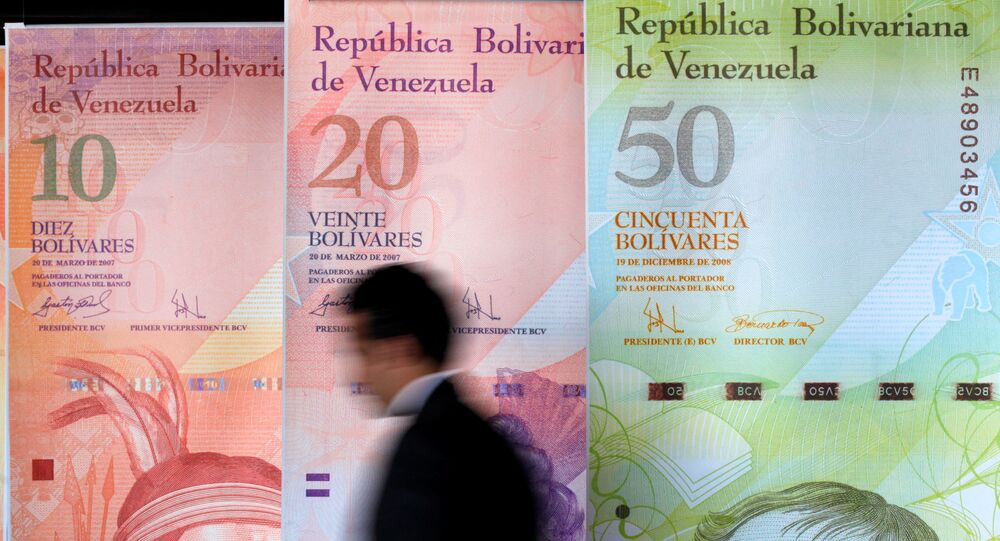 LONDON (Sputnik) – The Venezuelan Central Bank (BCV) Board appointed by self-proclaimed president Juan Guaido in the litigation over Venezuela's gold reserves stored at the Bank of England has failed to comply with a payment ordered by the UK Court of Appeals, the legal firm representing the Venezuelan constitutional government said on Thursday.

"The Guaido Board has failed to do so, placing them in breach of the English Court of Appeal Order", the Zaiwalla & Co legal firm said in a statement sent to Sputnik.

According to the lawyers who represent the bank in the case against Guaido, following the 5 October judgment that granted the appeal made by the BCV board appointed by Venezuelan President Nicolas Maduro and overturned a previous ruling by the UK commercial court that recognized Guaido as the "constitutional interim president", Guaido's board was ordered to pay 400,000 pounds ($523,400) to the winning party by 20 October.

Zaiwalla & Co senior partner Sarosh Zaiwalla explained that knowingly failing to comply with a court order while having the means to do so would result in the court imposing sanctions or even striking the losing part out of the case.

"Given that the Guaido Board has the resources to instruct lawyers to enjoin itself to litigations such as this across the world it is difficult to comprehend a situation by which they do not have access to funds allowing them to comply", he commented, as quoted in the statement.

The legal battle for the gold began after Guaido declared himself an interim president in the wake of public protests in Venezuela back in January 2019. After that, the Bank of England refused to fulfil a request made by the BCV to have access to the gold bullion, valued at an estimated $1.2 billion, to buy medicines and equipment to tackle the COVID-19 pandemic, claiming there was a lack of clarity as to who was ruling Venezuela.

© AP Photo / Ariana Cubillos
Venezuela Granted Full Leave to Appeal UK Ruling Denying Access to Gold Reserves – Lawyer
After the BCV took the Bank of England to trial, the UK Commercial Court ruled in July against the board appointed by Maduro, as the judge presiding over the case then said that since Guaido had been "unequivocally" recognized by the United Kingdom as the president of Venezuela, following a statement made by then-Foreign Secretary Jeremy Hunt in 2019, his ad hoc administrative board had a right over the gold.

On 5 October, the Court of Appeals overturned that ruling and directed the court to conduct a detailed factual inquiry to determine whether the UK government recognises that Maduro does indeed continue to exercise de facto powers of the head of state and government in the South American nation.