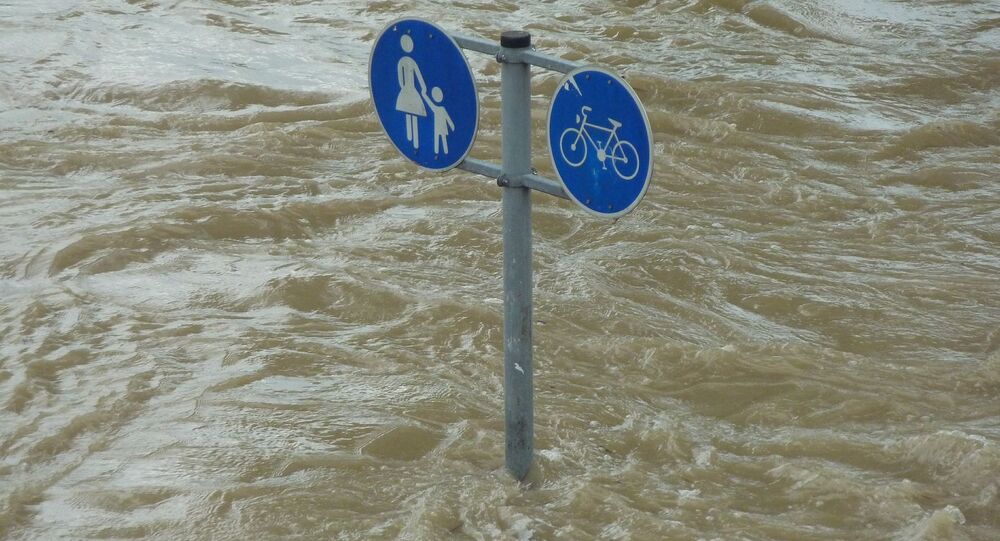 Many families were forced to sleep out in the open after water flooded their homes making them uninhabitable. Firefighters in affected cities were placed on high alert following reports of fallen trees and collapsed roofs.

Three cities in the Venezuelan state of Zulia have been transformed into something resembling Venice, Italy after the collapse of a drainage system caused by heavy rains.

Shops, businesses, homes, and even medical centres were flooded in Cabimas, Simón Bolívar, and Ciudad Ojeda. Patients at the Pedro García Clara hospital in Ciudad Ojeda received hemodialysis in rooms filled with water.

The disaster has also resulted in the failure of electricity services, while in Simón Bolívar the flood even affected a local oil field.

According to local journalist Lenin Danieri D, the streets of Cabimas and several households were filled with crude oil. Apparently, the flood damaged oil pipes in the city and sent their contents to the surface.

​This is not the first time that Cabimas has been affected by severe floods. The same situation occurred at the beginning of July and according to local outlet El Pitazo, back then the local mayor promised to address the situation and repair homes, but nothing has been done and eight families are still sleeping out in the open.

"Every time it rains what we feel is fear; we are desperate. The authorities say nothing, even though children and the elderly live here", said a 90-year-old woman who lives in the area.