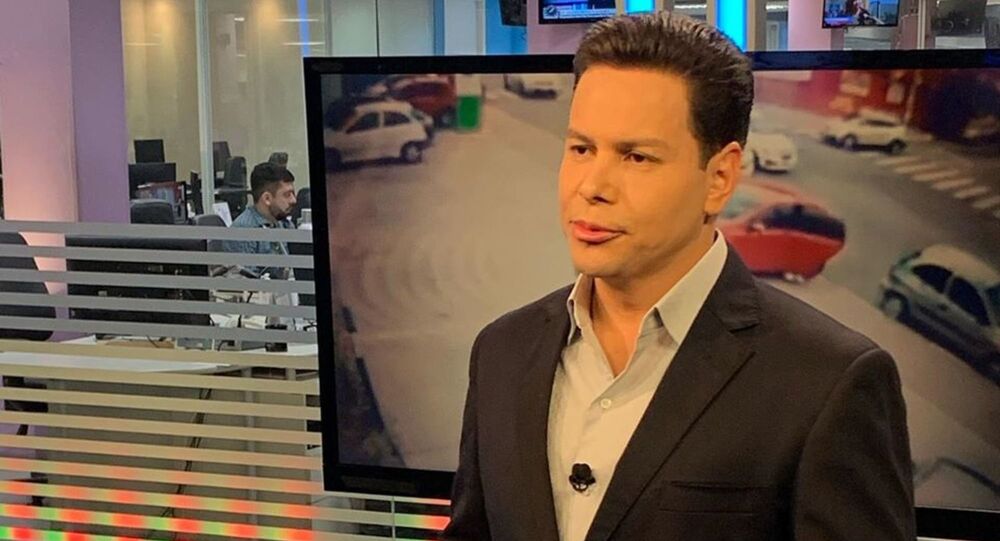 The presenter, who was fired from another network three years ago for calling a black musician a “monkey”, has now generated another wave of backlash with critics calling him a Nazi.

A Brazilian TV anchor has been suspended for suggesting that people who get sick with the new coronavirus should be put in concentration camps.

Marcao de Povo, the host on the popular Primeiro Impacto programme, made the claim during Wednesday’s newscast.

“Wouldn’t it be interesting to set up a place, with [the help of] the Army, the Navy, the Air Force, where all the people who had symptoms, who had the coronavirus, were cared for instead of spreading [the virus] the way they have been?” he said, addressing him speech directly to President Jair Bolsonaro.

“Wouldn’t it be interesting to set up a concentration camp, with care, with the most sophisticated equipment, with the best professionals, and put there these people in trouble and with symptoms?”

Although concentration camps have been used by many governments, including by Britain in the Second Anglo-Boer War against the Dutch settlers and by the United States during WW2 against Japanese Americans, the term is most commonly associated with Nazi Germany.

So it should come as a surprise that the presenter’s comments have sparked a backlash on social media with many users calling him a Nazi.

“It is not just a question of conceptual ignorance and the unfortunate use of a term that refers to the genocide practiced by the Nazis,” said Brazil’s Holocaust Museum in Curitiba. “The conception is, in itself, explicitly harmful and criminal.”

“Hi, Marcão do Povo, do you know who suggested the same thing in 1939?” tweeted Brazilian artist Marina Amaral, who has famously colourised black-and-white photos from Auschwitz.

Author Rosana Hermann wrote: “Tonight is Pessach night. Jews around the world celebrate and remember this very important date. Then I see that this creature, Marcão do Povo, proposes concentration camps for ‘those who have coronavirus’. You have to throw that face out of the air!”

Hours after the programme aired, do Povo’s employer, the TV network SBT, announced that he was ousted. SBT distanced itself from his comments and issued an apology to anyone who might have been offended.

“We sincerely regret that the anchor used our platform in such a way that it goes against our principles so deeply,” read the statement. “The presenter was suspended from his duties.”

Do Povo arrived at SBT in 2017 following his departure from the network RecordTV, which fired him for calling black singer Ludmilla a “monkey”. The 40-year-old, who had run for the Brazilian legislature from his home state of Tocantins, also received a three-year ban from participating in politics in 2010. An investigation found that he had 55,000 newspapers detailing his accomplishments printed in a city of just 52,000 residents in the run-up to the election.