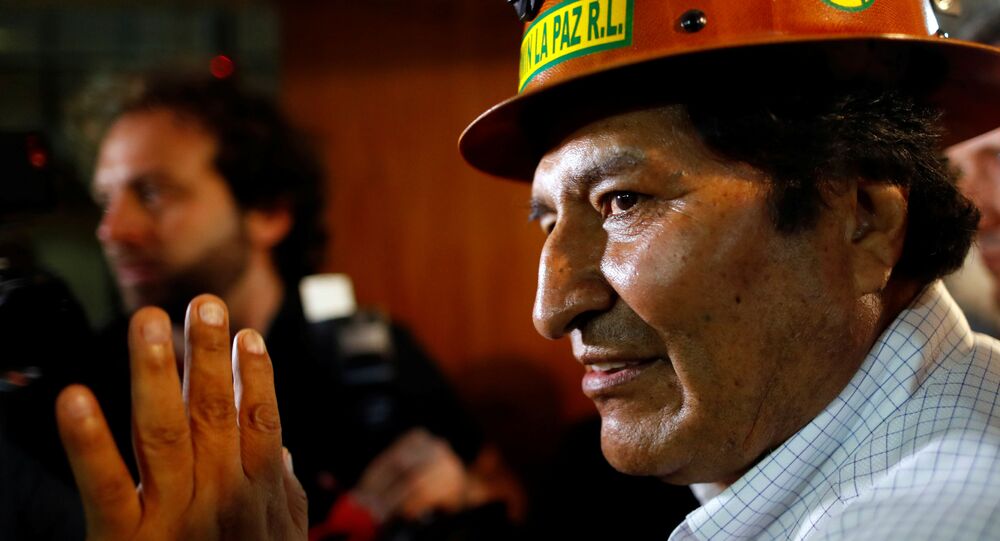 "I gave the order at 6:00 [10:00 GMT on Wednesday] to Interpol to activate the international order [against Morales]", Bolivian Interior Minister Murillo said during a press conference on Wednesday, as quoted by the state Agencia Boliviana de Informacion.

He added that it was important for Morales be held to account for his actions in his own country.

© AFP 2021 / ROSLAN RAHMAN
Bolivia to Appeal to Interpol Regarding Arrest Warrant for Morales - Prosecutor’s Office
In December, the Bolivian authorities issued an arrest order for ousted Morales, accusing him of sedition, terrorism, and sponsoring terrorism. Morales claimed he was not afraid of the warrant, calling it illegal and unconstitutional.

Late last year, Bolivia experienced a change in leadership following mass protests against the results of the October general election. Morales stepped down as president on November 10 and fled to Mexico. Most of Bolivia’s senior officials resigned in his wake. This resulted in the senate's second vice speaker, opposition lawmaker Jeanine Anez, declaring herself interim president. Morales has characterized the situation as a coup.