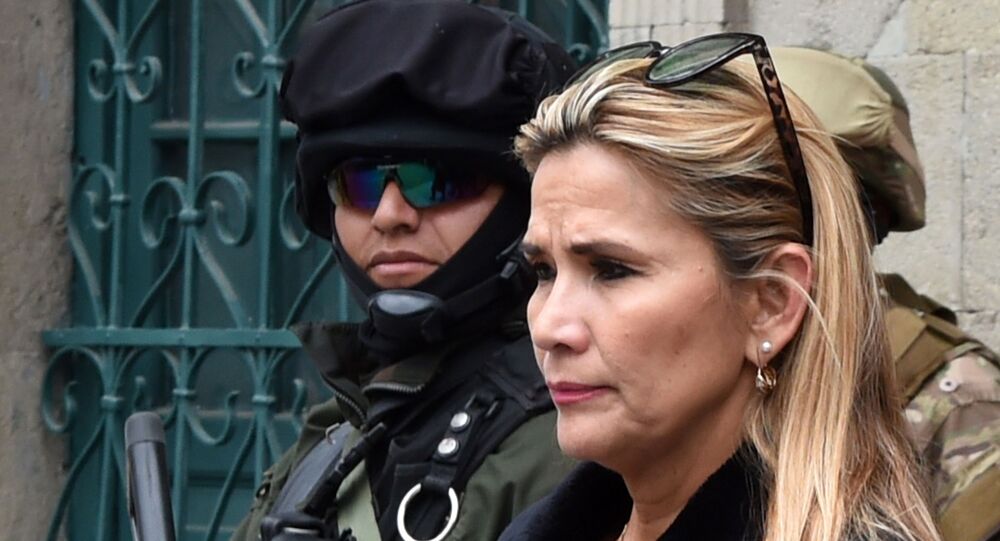 MEXICO CITY (Sputnik) - Bolivia's Interim President Jeanine Anez said on Wednesday that she intended to annul the decision of the constitutional court allowing unlimited re-election for the country's leaders in an apparent move to ban ex-president Evo Morales to take part in upcoming elections.

"I have two main goals - the abolition of the unconstitutional court decision of 28 November 2017 and the holding of general elections as soon as possible ... free and transparent, with the participation of all candidates who meet the constitutional requirements", Anez said in a televised statement.

The court’s decision, which Agnes referred to, allowed Morales, who has been in power for more than 13 years, to run for next term on 20 October. Morales' opponents call this verdict one of the main blows to democracy in the country.

On Tuesday, Morales arrived in Mexico after being granted political asylum there.

Morales was forced to resign on Sunday under pressure from the military amid protests against his re-election. The Bolivian armed forces sided with demonstrators protesting his October 20th electoral victory.

Morales pledged to call for new elections and reshuffle the electoral board after a preliminary report from the Organization of American States found "grave" irregularities in the voting process. His offer, however, was rejected by the opposition, which demanded he step down.