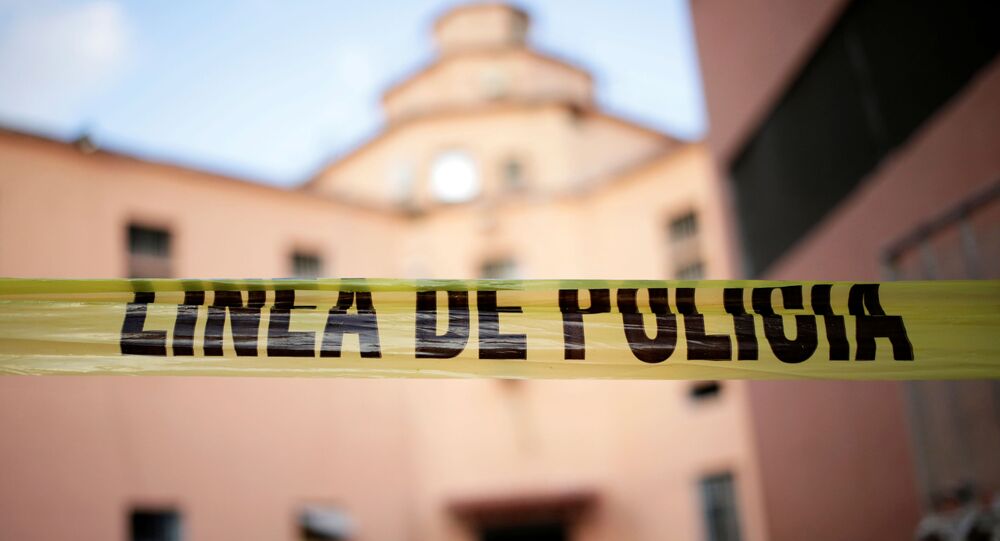 Authorities confiscating a large cache of drugs and an impressive arsenal of heavy weapons discovered what appear to be bizarre Mexican Brujería shrines decorated with human remains.

A large-scale police raid on drug cartel hideouts took place in Mexico City on Tuesday, resulting in the arrest of 31 suspects from an undisclosed criminal gang, a Reuters report says.

The raid, which reportedly involved hundreds of police officers, Marines and prosecutor’s office agents, made some jaw-dropping discoveries.

Drugs were naturally expected and the raid retrieved some 50 kilograms of chemical precursors to synthetic drugs, approximately 20 kilograms of cocaine, over 3 kilograms of crystal meth and a whopping 2.5 tons of marijuana, as reported by Reuters.

The raid also discovered a weapons cache, which, alongside seven assault rifles and 13 handguns, contained anti-tank rocket launchers and grenades.

Things took a turn for the weird, however, when law enforcement found what appeared to be Mexican Brujería shrines and altars. According to Breitbart, human remains were found which were purportedly used either as offerings or decoration.

One photo depicts a sheet of Nazi swastika prints lying around one drug lab. It is unclear what the prints were used for.

It is unclear which cartel was raided, but the criminal group known as “Union de Tepito” is known to have operated in this particular neighborhood of Mexico City for years, Reuters says.

Speaking at a press conference, Omar Garcia, Mexico City's public security secretary, said that the authorities “learned of collusion between this criminal group and authorities from Mexico City [...] the decision was made to act fast.”

The raid comes in the wake of numerous outbreaks of violence last week, including a skirmish during the botched arrest of Joaquin ‘El Chapo’ Guzman’s son and a firefight that killed 13 police officers, the report  says.